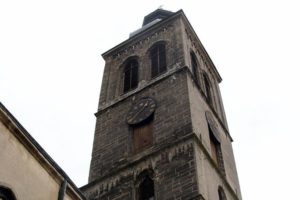 Goldman Sachs Asset Management is backing its second large, concentrated GP-led deal in the space of a few months.

The firm joins Neuberger Berman and Coller Capital as co-leads on a single-asset process center around Chicago-headquartered wealth advisor Hightower Advisors, according to three sources familiar with the matter.

Goldman is the largest investor, followed by Neuberger, with the two accounting for around $500 million, according to one of the sources. The continuation vehicle is likely to be between $700 million and $800 million in size once the deal is complete, it is understood.

Buyouts reported in August that TH Lee was working with Evercore to give itself more time to manage Hightower, which is held by Thomas H. Lee Partners‘ 2015-vintage Fund VII.

Goldman has been active since the GP-led secondaries market reopened over the summer. Last month it was co-lead on a process to move software company Ivanti out of funds managed by Clearlake Capital in what Buyouts described as the “fastest-ever” GP-led secondaries deal.

The difficulty in valuing diversified portfolios has propelled the growth of single-asset and highly concentrated GP-led deals, said a law firm partner based in New York, who has around five single-asset deals in his pipeline.

Pent up demand is helping many of these deals close, often with very GP-friendly terms, market sources said.

“If it’s a high-quality manager, I just don’t think they are going to get shot down. There is money stacked up like planes landing in Newark, waiting to go into those deals,” the lawyer said.

Goldman, Coller and Neuberger declined to comment. TH Lee and Evercore did not return requests for comment.