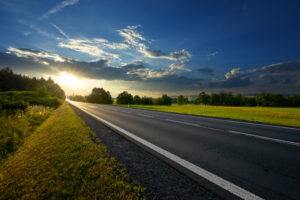 Hellman & Friedman is working through a large process to move three assets out of an older fund that has attracted several of the biggest secondaries buyers in the market, three sources told Buyouts.

The process is among several large GP-led deals that have hit what has become a busy secondaries market as sponsors try to finish deals before year-end. Other GPs with deals in market include Summit Partners, Audax Capital Group and Thomas H. Lee Partners.

The deal also includes a cross-fund element, with participation from Hellman & Friedman’s ninth fund. All told, the total value of the process, including existing LPs rolling their stakes into the deal rather than selling, could be more than $10 billion. Around $2 billion of that represents the external secondaries buyer capital, the sources said.

Hellman & Friedman closed Fund VII on $8.8 billion in 2009. The fund was generating a 23 percent internal rate of return and a 2.7x multiple as of March 30, 2020, according to performance information from the California Public Employees’ Retirement System. Hellman closed Fund IX on $16 billion in 2018.

The cross-fund component of the transaction is unusual. GPs using newer funds to participate in secondaries processes for older funds is relatively rare and comes with some controversy. While secondaries investors generally like to see GPs participate in their own secondaries deals, cross-fund transactions can be a tougher sale to limited partners in older funds. LP concerns focus on the potential for pricing conflict – the newer fund wants to buy at the cheapest price possible, while LPs in the older funds want to sell for as much as possible.

“If the GP is putting money from the newest fund … it sends the following signal: ‘We’re expecting this to generate an attractive enough return that we’re putting the new fund in it,’” a secondaries market professional previously told Buyouts.

But existing LPs could have concerns, as has been the case with cross-fund deals in the past. “If you think it’s the right time to sell these, then go sell them,” said another secondaries professional.

Another interesting aspect of Hellman’s current secondaries deal is the participation of Lexington. The firm, one of the largest secondaries buyers, has generally stuck to more traditional limited partner sales of interests in funds. A Lexington spokesman did not return a comment request Wednesday.

Spokespeople for Goldman Sachs and HarbourVest declined to comment. A Blackstone spokesperson did not respond to a comment request.