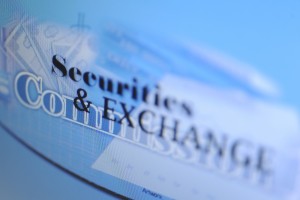 Like many companies that go private, W2007 Grace then went “dark” and stopped filing financial statements with the SEC, including in connection with Equity Inns preferred shares, which the Goldman funds did not buy.

But the SEC said W2007 Grace should have resumed reporting on Jan. 1, 2014 when the number of its preferred holders reached 300, as required under SEC rules, but failed to do so because it undercounted. The SEC said this led to eight missed filings.

“This action should send the message that there will be consequences for such lapses,” said Andrew Ceresney, director of the SEC enforcement division. “When companies cease disclosures to the public and go dark, they must ensure that they accurately count their holders of record, so that investors are not deprived of information they are entitled to under the law.”

W2007 Grace also agreed to resume periodic reporting, and file its 2014 annual report by May 15. It neither admitted nor denied wrongdoing.

The case attracted attention in 2013 after Joseph Sullivan, an accountant in Sacramento, Calif., set up 300 trusts to hold his preferred shares, with a goal of forcing W2007 Grace to resume public filings.

Goldman’s lawyers countered that Sullivan should be treated as one holder. W2007 Grace nonetheless agreed to let preferred shareholders see its financials, so long as they signed confidentiality agreements and paid 10 cents a page for printed copies.

While the SEC settlement does not appear to have resulted from the actions by Sullivan, he nonetheless welcomed it.

“I consider it good news,” he said by phone. “My concern had been that the SEC really doesn’t care about public shareholders who are left with no financial information when companies go dark. Today’s decision shows me that the SEC does actually care about this matter, and will enforce the rule on its books.”