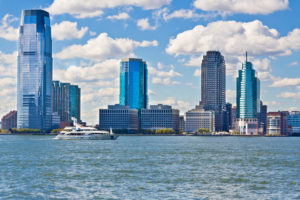 As more GPs look to the secondary market for ways to hold certain assets longer, Goldman Sachs is expanding its capabilities around advisory work for such deals.

To further this effort, Goldman hired Alex Mejia from Lazard, Goldman confirmed for Buyouts. Mejia will start in May.

“We feel like we can be differentiated in that we have a leading M&A franchise and some single-asset deals, even with two assets, are akin to M&A processes in terms of process, structure and tactics,” said David Kamo, partner at Goldman Sachs.

Mejia will run the single-asset advisory focus, reporting to Kamo and David Friedland, partner, managing director at the bank. Mejia has worked at Lazard since 2016, before which he was a partner at Smithbridge Partners from 2009 to 2016, according to his LinkedIn profile. He worked at Credit Suisse in private equity from 2004 to 2009, his profile said.

Secondary advisory is concentrated and fiercely competitive. There are only a few firms who advise large GP-led deals, with Evercore, Lazard and Park Hill Group leading the pack. UBS and Credit Suisse also advise on GP-led secondary deals, as well several smaller firms like Campbell Lutyens.

Park Hill had turnover this year, with its secondary advisory head Jonathan Costello leaving to join Stone Point Capital. Another of the old-line firms in the space, Greenhill-backed Cogent Partners, lost numerous professionals over the past few months. Cogent mostly focused on sales of LP interest in funds, rather than GP-led deals, which several professionals have said contributed to people leaving.

GP-led deals are on the rise and will likely become a much greater part of overall secondary activity, which has historically been led by LP fund stake sales. The market shutdown during the pandemic led to even greater interest for many GPs in finding ways to hold certain assets longer, especially as exit timelines got pushed out.

Single-asset secondaries, which generally involve one or two assets in an older fund, have become more popular in the past couple years. They involve greater concentration risk for buyers, something that secondaries firms were reluctant to take on, until fund sizes grew larger enough to accommodate such risk.

Advising on such deals was a good fit for Goldman, Kamo said, as the bank can bring its banking expertise to bear, as well as its global reach in terms of finding investors for such deals.

“This is an attractive area of the market that we only expect to grow,” he said.

Thomas H. Lee Partners closed its deal this week to move HighTower Advisors out of Fund VII and into a continuation vehicle, which was expected to be about $700 million to $800 million in size.

The firm recapitalized HighTower in 2018, taking a significant stake in the registered investment adviser. At the time, TH Lee also committed to investing an additional $100 million in the company after closing, subject to certain approvals.