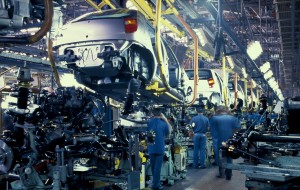 Gores Group stands to make a return of about 3x in four years on the pending exit of Hay Group to Musashi Seimitsu Industry Co, a deal that values the German auto parts maker at about $563 million, including debt, according to a source.

Musashi Seimitsu, the publicly traded Aichi, Japan, car-parts maker, said the deal will strengthen its presence in Europe and improve its global reach by adding Hay Group’s eight manufacturing plants in Europe and one in China. The acquisition is expected to close by June 30.

Gores Group bought Hay in 2012 and added on to the 92-year-old company, billed as the largest producer of high-precision forged and machined steel parts in Europe.

Hay acquired and integrated Germany’s Metallumform in 2013 and two others in 2014, Forjanor of Spain and Metaco of Hungary. Hay also opened a forging plant in China as part of its expansion into Asia.

“The company today is a global leader in the forging and machining space and a significantly expanded business given its growth, both organic and through acquisition,” Igor Chacartegui, managing director of Gores Group, said in a statement.

Alec Gores, founder, chairman and chief executive, said Hay Group made “significant strides’ under its ownership as they worked to “build and scale the business.”

In another big exit for the Los Angeles firm, Gores Group in September sold immunotherapy company Therakos Inc. to drugmaker Mallinckrodt in a $1.3 billion deal. The sale generated a 10.5x cash-on-cash return for Gores.

In February, it sold compliance service firm Etrali Trading Solutions to IPC Systems, and in January, it completed the sale of Unify to Atos SE. Terms of those deals weren’t disclosed.

Gores has been premarketing Fund IV after closing its third fund with more than $2 billion in commitments in 2011, according to sources.

The firm has been facing some challenges related to fund performance and executive departures, according to sources.