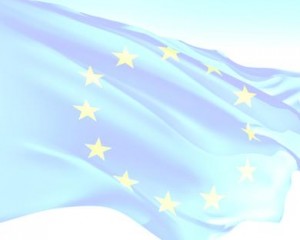 The well-known, some would say legendary, VC Vinod Khosla insists that the growth of cleantech is entirely dependent on government policy. Without the impetus of regulation that limits carbon emissions through taxation or cap-and-trade programmes, for example, then widespread motivation would be lacking. But policy is only the starting point, not the tipping point.

The European Union’s plans to outlaw domestic light bulbs from shop shelves across its 25 member states from 2009 is a policy that has garnered support from European heads of state. The measure was backed by politicians including Angela Merkel, the German Chancellor, who stated last year: “We believe that each individual can make a genuine contribution through responsible use of light bulbs and lamps.”

The move will force incandescent light bulb manufacturers to invest heavily in new technologies, Europe’s politicians agree, but the general public may need more convincing on the costs of low-energy light bulbs because of cost, plus the environmental twist that they feature.

While the traditional light bulbs – first patented in the US by entrepreneur Thomas Edison in 1879 – use more energy, low-energy light bulbs pose environmental concerns because they contain mercury at levels that can cause inhalation dangers if these light bulbs are smashed. It just goes to show that not every green policy has the right kind of silver lining.

However, the European Commission tabled ambitious proposals to fight climate change and promote renewable energy in line with EU commitments in late January in Brussels.

“The European commission will move to turn the European Union’s commitments into concrete action,” Commission President José Barroso said. “Tackling climate change is crucial to safeguard the future of our planet. It also brings major new opportunities for Europe. The time has come to seize them with confidence, and with both hands.”

In March 2007, EU leaders endorsed Commission proposals to cut CO2 emissions by at least 20% by 2020 (30% if global targets can be agreed on) and to set a binding 20% target for the use of renewable energy sources. The overall goal is to cap global temperature increases at 2°C.

Europe’s proposed measures include an improved emissions trading system (ETS) covering more emissions and allowing firms in one EU country to buy allowances in any other and emission reduction targets for industries not covered by the ETS, such as buildings, (non-airline) transport and waste.

New rules to stimulate carbon capture and storage, “tomorrow’s technology to cut emissions” as Barroso calls it, new state aid rules, and a 10% target for biofuels, so that transport plays a part in emissions cuts, were all confirmed by the Commission President.

The EU’s vision of the future also features legally enforceable targets for increasing the share of renewable energy in the energy mix – the targets will reflect each country’s individual needs and its potential new rules on carbon capture and storage and on environmental subsidies.

Europe is home to good and bad regulatory regimes for renewable energy policy. Despite recent uncertainty about the country’s feed-in tariff for solar energy, which in line with present proposals could end abruptly later this year, the Spanish approach is considered to be a stable approach and that the country consistently sends out the right signals on renewable energy, investors agree. The UK is weak on promoting renewable energy although it has more or less adopted a feed-in tariff under the guise of the proposed banded Renewable Obligation Certificates (ROCs), but could not admit it politically.

Identifying the best type of feed-in tariff, or indeed the best policy, is key as Europe is made up of different countries and different economic structures, particularly in the energy sectors. But so too is stability. Without a stable policy on renewables, for example, investors may move on to greener pastures.

According to Wolfgang Palz, chairman of the World Council for Renewable Energy, Germany’s “small and medium-sized enterprises are the backbone of the economy and the driving force behind implementation,” while in France and Spain the operators are “big companies all in the wind and PV sectors” that “can get around administrative hurdles”.

Each of these industries offer investment opportunities as regulators strive to reduce carbon emissions, enforce energy conservation and support new sources of clean energy. But for some there needs to be more grassroots support.

Critics say though there is political will in Europe, investor support is lacking. Israel has its incubator scheme and the US has its Small Business Innovation Research (SBIR) programme but Europe is focused on public sector equity investment. There is a call, by industry players like Doug Richards, for change: “The European approach will be unsuccessful unless accompanied by a meaningful proof of concept scheme like SBIR.”