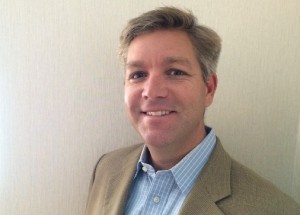 Formed in 2013 by a partnership between merchant bank Kirchner Group and alternative investment manager Crestline Investors Inc, Crestline-Kirchner is quickly making its mark. It has already assumed investment responsibility for more than 100 portfolio companies on behalf of 100 investors.

“Orphaned portfolios will come up from time to time, but they are unpredictable, so we are focusing more on proactively working alongside GPs that can benefit from our resources and approach,” said David Philipp, managing director of the firm. “Our pipeline is starting to reflect that more and more.”

The secondary market for buying, selling and advising on stakes in existing private equity funds has been growing, with about $40 billion in volume expected this year, according to industry estimates. Meanwhile, zombie funds – aging funds managed by GPs unlikely to raise future capital – currently number about 915, according to data provider Preqin.

Among its recent deals, Crestline-Kirchner in early 2015 formed a new private equity vehicle called CK Pearl Fund LP to hold and manage assets from the former Medley Opportunity Fund LP, a hedge fund launched in 2006 to invest in asset-backed securities. The hedge fund suffered an unexpected level of defaults in the wake of the 2008 financial crisis that transformed the portfolio into a basket of equity positions.

In a second deal, Crestline-Kirchner worked with a “promising private equity portfolio concentrated in the healthcare and life sciences sector” that had run into “disruptive dynamics” that created divisions within its investment committee, Philipp said. Crestline-Kirchner was asked to step in as an advocate for LPs on the investment committee to “maximize value and provide unbiased advice,” he said. He declined to name the firm.

Crestline-Kirchner has expanded its ranks since 2013 with a number of senior investment professionals, including portfolio managers GR Christon, formerly of Waterview Advisors; Matthew Katz, formerly a managing director with FdG Associates; and John Stein, a founding principal of Fidelis Capital.

Crestline-Kirchner has been fielding more calls from GPs seeking assistance to stabilize situations before they get out of control, Philipp said. “In response to this demand, we have refined our offering to include more supplemental GP structures that allow us to work alongside current management teams,” he said.

The firm continues to see GP recapitalization opportunities for aging funds. But Crestline-Kirchner tends to avoid deals that would provide new money to the original GP with no change in governance structure and where no additional management resources are added.

“This does not mean that we won’t work with prior GP, we just feel that a new perspective and additional oversight is beneficial,” Philipp said. “This is not always the first choice of existing GPs, so sometimes we have to wait for failed attempts to come back to us.”

Crestline-Kirchner also is working on direct secondary deals to purchase assets at attractive prices, he said.

“We are different from many other direct players in that we can purchase the entire portfolio or allow existing investors to continue to participate alongside of us,” he said.

The firm also is positioning itself to work with large institutional investors charged with monitoring line items across smaller, older, non-core positions. “Our model, flexible capital and understanding of both LP and GP needs have resulted in repeat engagements and a significant increase in proprietary, inbound opportunities,” Philipp said.