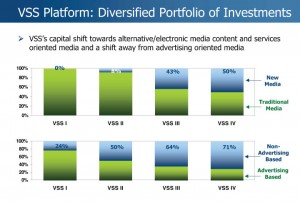 About a year ago, evaluated an add-on buyout opportunity but ultimately passed on the deal. Today the firm is looking at the same company again, because the company’s owner still wants to take some money off the table. This time, however, Veronis Suhler Stevenson is proposing a minority stake investment using mezzanine financing. “From our perspective, we’re happy to do that through our Structured Capital Fund,” Jim Rutherfurd, executive vice president, told Buyouts.

The turnabout shows how valuable it’s been for diversified shops to have mezzanine funds, particularly today when procuring enough debt for buyout deals is nearly impossible and exit opportunities are scarce.

Accordingly, the New York-based firm is devoting most of its attention these days to mezzanine investments, while putting its buyout plans on the back burner. While already past its $300 million target for , Veronis Suhler Stevenson is keeping the fund open to new investors for the time being; the firm expects to make its first investment from the fund in the next 60 days. By contrast, the firm is showing no signs of raising a new buyout fund despite its 2006 fund, the $1.3 billion , being 80 percent deployed, according to sources close to the firm.

Veronis Suhler Stevenson isn’t the only buyout firm adapting to the market by deploying capital via mezzanine funds. in late February completed raising its second mezzanine fund at $553 million, and . Co-Founder Henry Kravis said at a conference in February that his firm is exploring mezzanine financing and other alternative investments, as previously reported in Buyouts. Mezzanine funds “give them an opportunity to put capital to work in a period in which the debt financing is simply not available to do the kinds of control investments they like, and there’s also more demand for it because of the lack of debt available,” said Colin Blaydon, director of the Center for Private Equity at the Tuck School of Business at Dartmouth College.

Rutherfurd laid out to Buyouts the types of scenarios the mezzanine fund is seeing as well as the types of companies it is pursuing. Typical scenarios include company owners—such as the one discussed above—looking for a minority equity partner; companies that want to refinance debt that is maturing soon or that need to de-leverage; and companies in need of capital to make acquisitions. VSS Structured Capital targets typically generate $20 million to $30 million of EBITDA on $20 million to $100 million of sales.

The types of companies the mezzanine fund looks for are similar to those sought by its buyout fund: profitable Internet companies, subscription-based mobile content providers, for-profit online education and training companies, subscription-based business information providers, niche marketing services companies such as e-mail marketers, and some niche advertising plays, such as digital outdoor advertising providers. In short, new and alternative forms of media.

The sectors the firm targets today are much different from the advertising-dependent old-media investments that dominated the firm’s first two buyout funds in the late 1980s and early 1990s. Old media accounted for 100 percent and 92 percent of those funds, raised in 1987 and 1995, respectively, before the percentages fell in Funds III and IV, which it raised in 1999 and 2004–see graph for detail. Rutherfurd said the firm began to shift gears to subscription-driven new media businesses in the late 1990s after observing a steady drop in advertising growth for radio broadcasting, newspapers and other traditional media.

Targets of Veronis Suhler Stevenson buyout and mezzanine funds tend to have built a brand over the years using older forms of media, such as print, before leveraging it into new media. An example from its portfolio on the mezzanine side is TMP Worldwide Advertising & Communications, a recruitment advertising business. Not long ago the company placed 60 percent to 70 percent of advertisements in newspapers and magazines; today, 70 percent of its advertising is placed online. On the buyout side, Access Intelligence LLC, a trade publisher that the firm bought in 2000, used to deliver data to customers in large binders that the company would continually update by mailing more information. Access Intelligence has transitioned to online delivery of its databases.

The firm aims to achieve returns of at least 20 percent with its mezzanine investments through a combination of cash or pay-in-kind interest coupled with warrants, which it has secured in every one of its investments since it raised its first mezzanine fund in 2005. Veronis Suhler Stevenson typically takes about a 20 percent stake in the company, though the fund has owned as little as 2 percent of a company’s equity and as much as 70 percent. The firm can even gain control stakes via its mezzanine fund: In 2006, for example, it teamed with management to buy TMP Worldwide Advertising & Communications from Monster Worldwide for $45 million, which included $20 million of equity and pay-in-kind notes. Veronis Suhler Stevenson is typically the only outside investor involved when investing from its mezzanine fund.

The $123 million was generating a 35.5 percent gross internal rate of return and a 1.5X return on invested capital as of Sept. 30, 2008, according to a December presentation to the . That same presentation, made by an associate at fund-of-funds firm , stated the fund had two strong exits; that its portfolio companies have all generated either substantial capital returns or a markup of investment value; and that the fund has had no write-downs or write-offs. The New Mexico Educational Retirement Board ultimately committed $40 million to VSS Structured Capital II LP.

In February, Veronis Suhler Stevenson released a gloomy revised forecast for the media and communications sectors—the first time it has done so in the 22 years it’s published annual forecasts—due to the severe economic downturn. The forecast spelled additional trouble for newspapers, magazines, and television and radio broadcasting. Veronis Suhler Stevenson conducts the annual U.S.-focused forecast to sharpen its understanding of long-term trends in media and communications and to expand its networking relationships in the industry.

Rutherfurd declined to discuss buyout fundraising plans other than to say that it’s nearly impossible to conduct large buyouts, and he doesn’t expect the loan markets to bounce back any time soon. By contrast, he said, “the opportunity to provide [mezzanine] capital is going to be there in good markets and bad markets.”