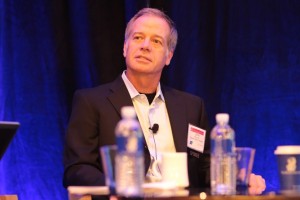 “Increasingly, we’re seeing partnership agreements that are more favorable to the general partners, and less willingness on the general partners’ part to negotiate those terms,” Illinois State Board of Investment Executive Director William Atwood said. “We’ve never been in the driver’s seat, but certainly following the meltdown, we were in a better position to negotiate terms.”

The shift represents a reversal of the long-held view that LPs held the cards in negotiating fund terms and conditions. After the financial crisis, illiquidity issues left many investors reluctant to commit long-term capital to private equity managers. Weak demand, along with a greater number of active managers, forced GPs to compete for investor capital when raising new funds. Firms began to offer favorable terms such as reduced management fees or first-close discounts to attract investors.

These days, hammering out investor-friendly terms on items like fee offsets or advisory board seats has become more difficult, according to LP sources. The limited ability to negotiate terms puts many LPs in a bind. Do you accept unfavorable terms from proven winners, or do you direct commitments to weaker managers offering LP-friendly agreements?

“The conundrum is the partnerships you can readily negotiate partnerships with may not be the ones you want,” Atwood said. “It’s like Groucho Marx (said): ’Any club that would accept me as a member isn’t a club I would want to join.’”

Faced with a similar challenge, Oregon State Treasury CIO John Skjervem said Oregon may ultimately reduce its allocation to private equity if it must choose between unfavorable terms with top performers or weaker returns with inferior, more-negotiable managers. Oregon scrapped two commitments to oversubscribed funds earlier this year after failing to agree on fund terms.

“It drifted like a pendulum, swinging really hard to the right, and now it’s starting to move back to the center,” said an LP advisor who asked not to be named. “Some of the funds with the best track records have come back to market, so it’s gotten a little more competitive to get into those funds.”

Ultimately, the solution for Atwood’s Groucho Marx conundrum may lie in moving beyond the core managers LPs built their portfolios around. Several blue chip investors, such as the California State Teachers’ Retirement System and the State of Wisconsin Investment Board, now place a greater emphasis on young, albeit established, top performers in the middle market. Younger managers tend to offer greater flexibility on fund terms, but finding those managers requires extra effort on the part of LP.

To that effect, Atwood said Illinois now sources commitments at the lower end of the market, targeting “rising star” managers raising their second or third fund, rather than their fourth or fifth.

“If you can identify these platforms that you are comfortable with in the middle-market space that are a little younger, you can enter into a favorable relationship,” he said. “The return profile is just that much more favorable. The problem is, you just have that much of a harder time finding those managers.”