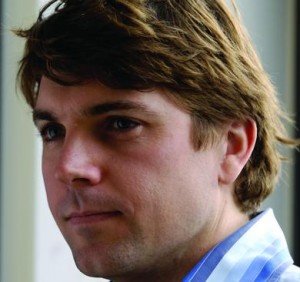 Graphite Capital, the UK mid-market private equity specialist, has expanded its team by four with the appointment of Kane Bayliss (left), Mark Hall (right) and Omar Kayat to the deal team and Mudassir Khan as a financial analyst.

Bayliss joins from Terra Firma Capital Partners where he was an associate director specialising in the oil and gas, renewable energy and infrastructure sectors. He previously worked in Merrill Lynch’s mergers and acquisitions group after qualifying as a commercial lawyer in Australia.

Hall joined Graphite from Lyceum Capital where he was an associate partner working on investments in the business services sector. He began his career with JP Morgan in London and then Sydney, before joining Gresham Private Equity in Sydney.

Before joining Graphite, Kayat worked at PricewaterhouseCoopers as an assistant director in the financial institutions group, advising on a wide variety of financial services transactions.

Khan has joined Graphite as a partner after 12 years with KPMG where he led due diligence assignments in the consumer and industrial market sectors. He provides analytical support both for Graphite’s portfolio companies and prospective new investments.