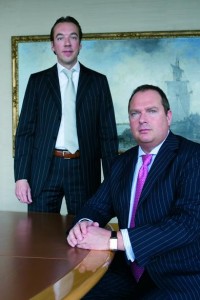 Stefan den Doelder bikes to work at the Rotterdam headquarters of Robeco to manage its cleantech and sustainable private equity investments. But he admits his choice of transport has less to do with his green credentials than him living nearby. Colleague Andrew Musters launched the world’s first cleantech fund-of-funds in 2004. Perhaps the green mindedness of this pair is the colour of money, but if this is the way they choose to make it – they might be green at heart too.

Robeco is the investment arm of Rabobank – founded as a farmer’s cooperative bank that has had green issues and sustainability at the core of its business for decades. Musters says: “We haven’t just discovered this trend and painted ourselves green. Sustainability is engrained in the genes of Rabobank.” Musters was a co-founder of Robeco’s private equity team in 2000 and by 2004 started to notice the first signs of private equity investments in renewable energy, water and waste treatment companies. “It fit with the ethos of Rabobank and Robeco so we launched first cleantech fof ever,” says Musters, “but it wasn’t so popular in the first year. This changed in 2005 – 2006 when we got our first investors in and we finally closed the fund at US$200m. Now we are in the last stages of the fund raising for Robeco Cleantech Fund II.” So far this fund has closed on US$300m from European and Asian investors and is targeting a side vehicle for the US of a similar size. Stefan den Doelder says: “The fundraising side of things is easier this time around. And it really helps that although it is still early days for the performance of the first fund so far it is above expectations.”

About 75% of the fund’s assets are invested as a fund-of-funds and the other 25% is used for direct co-investments, which could enhance returns. As fund-of-funds managers Musters and den Doelder currently prefer venture capital style investments to infrastructure ones and target venture-type returns of 20%+ with good diversification. Musters says: “Infrastructure can be attractive from a risk adjusted return basis but we are at the moment really focused on venture and expansion capital although this may change in the future. We use a broad definition of cleantech and realise that it will come out of many technologies.”

With 20 cleantech VC investments, Robeco is one of the most experienced investors in the world. The cleantech team has a database of over 200 cleantech and cleantech-related funds which they have identified in the past years Den Doelder says: “We have drilled down on these funds to find the best managers in the cleantech space and currently we are invested in 20 of them.” The private equity team of Robeco, of whom five investment professionals are fully dedicated to clean technology investing, has been building personal relationships with fund mangers in the space for years and regularly makes co-investments alongside the fund’s underlying VCs. “We also regularly leverage our relationship with triple-A rated Rabobank for cleantech finance, mezzanine finance, loans and everything in -between,” adds Musters.

Though this team has had success with its first fund it is shifting focus slightly with Cleantech II. This change partly reflects the changes in private equity trends over the past few years, for example the team will be looking more at later stage VC investments and shifting its geographical perspective from the US to Europe and Asia for more attractive valuations. This change also partly reflects the changes in cleantech and the bets of Musters and den Doelder: for example they think that some areas within solar and wind are fully priced. Instead, they like green building materials, water, energy efficient technologies and clean fossil fuels.

Den Doelder warns that a bubble could come to certain isolated sectors of the cleantech field. For example the ethanol sector was overheating but now valuations seem to have come down to a more reasonable level.

But what is of more interest to them is the steep rise in oil and commodities prices and they expect that their cleantech fund will benefit.