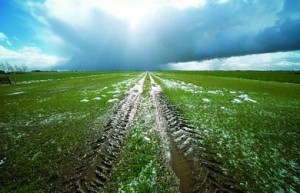 The squeeze on debt availability is having an impact on infrastructure transactions, as well as on private equity more generally.

Jonathan Simpson, a partner at law firm Paul Hastings, says the credit crunch has had a real effect on the kind of projects infrastructure funds are investing in. “Due to the constraints on finding new bank or debt capital markets financings, the funds are shying away from greenfield development opportunities and are focusing on investing in/acquiring existing operating projects.”

A number of leading funds focus primarily on acquiring existing assets. Global Infrastructure Partners (GIP), for example, specialises in acquiring brownfield projects and then using its own people to operate the assets. The fund, founded by Credit Suisse and General Electric, wants brownfield rather than greenfield projects because of the pre-existing cash flow that brownfield offers. GIP raised last year’s largest fund, at US$5.64bn. In the past 12 months the fund has increased its stake in London City Airport to 75% and acquired a US power plant

Bringing in its own people to run assets enables GIP to gain more control over increasing efficiency, it argues. “We’re looking for complex investments where we can unlock value and increase efficiency and a lot of that is down to our operating the asset rather than just advising existing managers who were doing the same job under the previous owners,” says a source at GIP.

Generally, as would be expected, already existing brownfield assets tend to offer a lower return than greenfield. A brownfield with a reliable cash flow may provide around 10% interest rate of return, although this will increase if the investor can achieve significant efficiency savings. Brownfield assets that require new investment to expand will offer an even higher return.

For greenfield projects that need to be built, there is construction risk and this increases the potential return significantly, to up to 20%. While there appears to be a trend to move more towards brownfield, because of the lower risk profile, most infrastructure funds have various investment goals that include both approaches.

Those funds that focus on the UK’s Private Finance Initiative (PFI)/Public Private Partnerships (PPP) programme are involved in the design, construction and operation of new assets, such as hospitals, schools and prisons. Barclays Private Equity, for example, has raised five funds since 1996 to invest in PFI projects in the UK and elsewhere. A key element of the business model is accessing income streams that are often supported by government or quasi-government covenants, or where the business has some implied monopoly.

These kinds of funds have experienced less impact from the credit crunch than those that invest in assets where the income depends on level of use. Chris Elliott, head of infrastructure investing at Barclays Private Equity, says that income is dependent on making a certain asset, such as a hospital, available to the public sector counterparty, rather than how many people use that hospital. Projects in which the operator charges on the basis of availability are in a better position than those in which income depends on the level of use.

He says: “This kind of infrastructure is not affected by the credit crunch. But if you’re providing a toll road and are paid depending on the number of vehicles using that road, then the economic downturn is likely to affect your income.”

While the UK has been the dominant PFI market in Europe since the mid-1990s, other European countries are now beginning to embrace the concept, says Elliott, adding that Barclays PE has now opened a Paris office to take advantage of potential French transactions: “France has a number of PPP projects that have been let or are in construction, as does the Iberian peninsula and Italy. These are the main markets in Continental Europe but there are also road projects in Germany and schools in Belgium.”

“The UK is the most mature market and our portfolio reflects that, but over the next 12 to 18 months we expect more activity in the euro zone.” The Barclays funds have invested in numerous schools and hospitals, as well as forming part of the Hitachi consortium that won the contract to build the UK’s next generation of high-speed trains.

The bulk of the infrastructure funds market is in acquiring existing assets, says Colin Smith, infrastructure director at PricewaterhouseCoopers: “Most funds don’t want to take the construction and demand risks of greenfield asset investments. There is also the issue that most PPP assets revert to the government after the concession period.”

He adds that one of the big challenges for governments on both sides of the Atlantic will be working out how they can make it attractive for private finance to be brought into their ambitious infrastructure programmes.

PwC partner Andrew McCrosson agrees, adding that he expects a growing number of funds to develop expertise in financing greenfield infrastructure assets in the future, as that’s where an increasing number of investment opportunities will be.