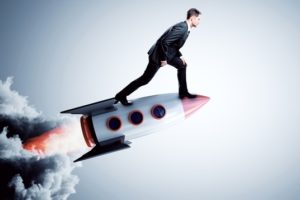 In what may be a sign of more robust fundraising conditions this year, Greenbriar Equity Group hiked the target for a fifth flagship buyout offering shortly after its unveiling.

Greenbriar Equity Fund V, officially launched in December, secured more than $1.5 billion, according to a Form D fundraising document filed this week. That puts the vehicle well ahead of a $1 billion target noted in the December filing and within reach of a new $1.6 billion target in the March document.

It is likely that Greenbriar also bumped up Fund V’s hard cap, identified as $1.5 billion in a report published by Arkansas Teacher Retirement System.

At the original $1 billion target and $1.5 billion cap, the size of Fund V was already set to be larger than its 2018-vintage predecessor. Fund IV collected $815 million, shy of a $1.25 billion goal.

Private equity fundraising appears to be going strong in 2021’s early months. One indicator of this could be several managers who have increased targets for their offerings to meet demand from limited partners. Examples include Peak Rock Capital’s Fund III and Seaside Equity Partners’ Fund I. This may also be what happened in the case of Greenbriar’s Fund V and JMI Equity’s Fund X.

Thomas H. Lee Partners, on the other hand, is sticking to a $4.9 billion cap on its Fund IX despite LP demand, Buyouts reported in February.

If target-raising is a bona fide trend, it contrasts with market activity last year. Possibly because of the impact of the health crisis on fundraising, the share of North American fund closings reported as exceeding their targets in 2020 was slightly below recent averages.

Greenbriar was founded in 1999 by three general partners, including managing partner Reginald Jones. Its strategy is to invest in advanced manufacturing and business services companies, often family- or founder-owned, across logistics, aerospace and defense and transportation sub-sectors in the US.

The strategy benefits from limited competition in Greenbriar’s space, Franklin Park wrote in a Fund V evaluation for ATRS. This perhaps explains the manager’s solid performance. Funds I, III and IV rank in the first or second quartile of their respective vintages, Franklin Park said, with Fund IV generating a gross internal rate of return of 28.2 percent as of September 2020.

Since inception, Greenbriar has made 35 platform investments and 80-plus add-on acquisitions, according to its website.

The portfolio holds 14 active investments, among them Oil Changers, an operator of quick-lube facilities. Greenbriar said in March it acquired the business from Trivest Partners. Two months earlier, it announced the sale of a majority of SEKO Logistics, a third-party logistics provider, to Ridgemont Equity Partners. Greenbriar continues to hold a minority interest.

Along with Jones, Greenbriar’s managing partners are Niall McComiskey, Jill Raker, Noah Roy and Michael Weiss. McComiskey and Weiss were promoted last year. They replaced John Daileader, who recently left the firm, and Gerald Greenwald, one of the founders, who transitioned to operating partner.

Fund V received commitments from 99 investors, the Form D showed. Disclosed LPs include ATRS, which is committing up to $30 million. Evercore is the placement agent.