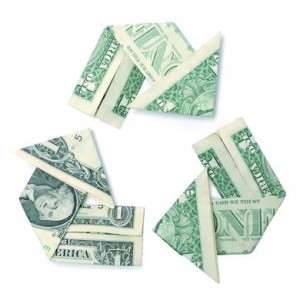 When listening to leading cleantech investors, one might easily conclude that Earth is on the verge of an environmental catastrophe that can be staved off only with vast sums of venture capital deployed in ingeniously profitable ways.

VC rhetoric and showmanship regarding clean energy is anything but subtle. Virgin Group’s Richard Branson – who has pledged US$3bn to cleantech initiatives over the next decade – went so far as to take a swig of foul-tasting airplane biofuel this year to underscore his devotion to combating global warming.

In Silicon Valley, partners at Kleiner Perkins Caulfield & Byers assert that greentech could be the largest economic opportunity of the 21st century. Cleantech VC Vinod Khosla routinely touts ethanol as the leading hope for ending US dependence on foreign oil.

In the nearer term, partners at Draper Fisher Jurvetson predict that the clean energy market in the United States will more than quintuple in size between now and 2013.

So far, however, enthusiastic projections aren’t reflected in the early funding data. For all the buzz cleantech has generated, it hasn’t attracted anything near the early stage funding levels that Internet and telecommunications drew a decade ago. Even today, despite all the media attention focused on cleantech, Internet investments continue to exceed cleantech by a substantial margin.

In Q1 of 2008, cleantech companies raised 11% of overall seed and early stage venture investment in North America, according to Thomson Reuters (publisher of VCJ and EVCJ). Early stage VCs backed just 26 cleantech companies, investing US$221m, which is about a third less than the US$341m invested in Internet companies during the same period.

Moreover, Q1 cleantech investment was down from the same period a year ago, in which the sector drew US$296m, or 15% of the total early stage venture capital.

Considering the size of markets being addressed (DFJ estimates that the US energy market alone is more than US$1trn), early stage cleantech investments look like meagre sums indeed. Nine companies raised more in a single round last quarter than all early stage cleantech deals combined, according to Thomson.

But early stage data offers an incomplete picture. Cleantech tends to be an infrastructure-intensive sector, with companies receiving the bulk of funding in later stage rounds. In Q1, 70% of cleantech venture investments went to later stage and expansion stage deals.

Plus, VCs are famously reluctant to fund science projects. Much of the most promising early breakthroughs, therefore, are showing up in universities and research labs.

Governments worldwide have approved significantly more grant funding for research into biofuels and renewable power in the last couple of years, which should produce more seed stage opportunities. Big energy, chemicals and agribusiness companies are devoting considerable R&D resources to renewable technologies, and they are likely to spin off many as start-ups.

For now, a poor exit climate is contributing to the cautious investment outlook. VCs have scored few cleantech hits so far, and tepid IPO demand and a weak M&A market don’t bode well for the near term.

But current exit conditions are of less concern for early stage investors, who worry more about the M&A and IPO environment in five years than now. Venture history shows that VCs who invest during periods of economic contraction often reap the largest rewards later. Those who get in when big exits are abundant, on the other hand, often find that buyers have evaporated by the time their portfolio companies reach maturity.

So if now is the time to invest, which sectors stand out? Cellulosic ethanol plays are still getting plenty of attention from venture capitalists. It’s a trend that’s likely to persist given the record high prices of commodity crops, such as corn and sugar, which are used in ethanol.

VCs are also hot on algae, envisioning the photosynthetic micro organisms as hyper-efficient producers of biofuel from sunlight and cellulosic feedstocks. Technologies that turn sewage sludge and other biodegradable wastes into fuels are also drawing funding, as are start-ups focused on wastewater treatment and water purification.

Solar sector valuations remain rich, an indicator that there’s still healthy interest from venture and strategic investors. Battery start-ups targeting everything from cars to mobile phones continue to draw funding, as do power management technologies that enable gadgets to run longer on less juice. Many VCs predict that developers of green building materials will soon be ripe for stepped-up investment.

Will the venture returns match venture capitalist rhetoric on cleantech? That’s unlikely. The amount that has been wagered, or invested, so far is small enough that venture investors won’t suffer horrific losses if exits fail to materialise. Given the factors working in investors’ favour – escalating oil prices, rising demand for power, and increased regulation to reduce carbon emissions, to name a few – the prospects for decent returns outweigh those for catastrophic losses.

It helps that the virtues of going green have taken root in the broader public consciousness. From hybrid cars to biodegradable plastic to photovoltaic panels, cleantech has impacted virtually every carbon and pollution-generating activity of modern life.

The bubbly boom in solar stocks indicates that public investors are also capable of optimism on the prospects for cleantech profits.