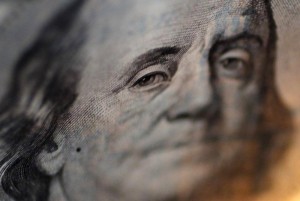 Roughly a third of PE general partners charge or plan to charge fees on co-investment capital pledged by their investors, research by placement agent Triago said. A year ago, the survey found less than one in four GPs charged or planned to charge such fees.

Fees charged on co-investments tend to be significantly discounted from those charged to private equity fund investors, Triago found. The average annual management fee is around 1 percent of an asset’s value, while carried interest on profits generated by co-investments typically equals 9 percent above a preferred return, according to the report.

“It’s become a little bit more prevalent just because there’s so many more LPs out there seeking co-investment,” said Marc Friedberg of Wilshire. “We typically avoid it.”

Tradition: no fee, no carry

Traditionally, PE firms offered limited partners the ability to co-invest in certain deals on a no-fee, no-carry basis. Additional co-investment capital provided by investors enabled GPs to invest in more and larger deals. In exchange, LPs earned a PE return without having to share profits or pay management fees.

Demand quickly swelled. Capital pledged to co-investments accounted for 26 percent of total fundraising last year, according to Triago, more than double what it was in 2009.

Over the same period, the amount of investment capital GPs had on hand grew more than 20 percent to $1.3 trillion, according to Preqin data. The end result: PE firms were charging no or minimal fees on a larger slice of a much bigger pie.

“For a lot of GPs, it’s been frustrating — difficult — to watch an increasingly large percentage of investment ride for free,” said David Lanchner, a spokesman for Triago. “GPs feel pressure on their margins. Money that would have once gone to funds” is now “going to low-margin products, often zero-margin co-investments.”

LPs paint a different picture. Rising demand for co-investments created an environment in which investors must compete for space in private-equity-led deals. GPs with oversubscribed main funds, and/or access to a large pool of potential co-investors, increasingly find themselves able to charge LPs fees for co-investments.

‘Flavor of the day’

“It’s a function of the fact that so many LPs are interested in co-investment these days,” said one U.S. fund-of-funds LP. “Not because [the LPs] have a particular competency in executing that kind of strategy, but because it’s the flavor of the day.”

Several sources indicated that the practice is limited to firms facing the greatest demand and that it’s equally common among large-cap funds and lower-mid-market GPs. Two sources — a placement agent and a public pension LP — told Buyouts that they’d seen GPs charge fees on co-investment vehicles raised prior to marketing a new buyout fund.

“It’s not a size thing; it’s the degree to which the manager is tripping over themselves for demand,” the fund-of-funds LP said.

According to Lanchner, the practice is most prevalent among specialist firms working in niche strategies like real assets or emerging markets. Those firms operate in narrow fields with fewer competitors, which provides more leverage over investors, he said.

“It’s disappointing,” one insurance-industry LP told Buyouts. “It goes in cycles, right? If there’s a lot of demand, they try to get away with it.”

A portrait of Benjamin Franklin on a U.S. $100 bill is pictured at Interbank Inc. money exchange in Tokyo, in this September 9, 2010, picture illustration. Courtesy of Reuters/Yuriko Nakao