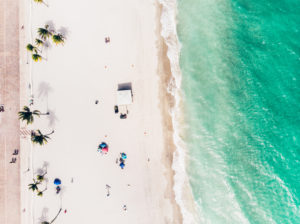 H.I.G. Capital is raising its sixth capital partners fund targeting $1.25 billion for investments in complicated situations, according to a person with knowledge of the firm.

H.I.G. Capital Partners VI is being marketed to existing H.I.G. limited partners, the person said. It’s not clear if the firm will also look to bring in external LPs. Fund VI likely has more demand than it needs to hit the target, the person said.

Fund VI is heading for a one-and-done close in July, the person said. A spokesman for H.I.G. declined to comment.

“They’ve looking to buy … busted companies, orphan companies, busted selling processes, something that makes it like a three-legged dog … and then they fix it,” the person said.

Fund IV was generating a 3.1x total value multiple and a 34.5 percent net internal rate of return as of June 30, 2019, according to performance information from Regents of University of California.

Fund V was producing a 1.5x multiple and a 22.8 percent net IRR as of the same date, according to information from Regents.

Dyal Capital Partners acquired a minority stake in the H.I.G. management company in 2016.