Buyouts
Home News and Analysis Firms & Funds Hamilton Lane CEO: rescue opportunities could be “better than in any other...
Return to search
LPs 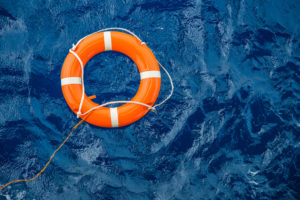 Hamilton Lane‘s chief executive officer said the prompt federal stimulus in response to coronavirus has “changed some of the psychology” in the market, which could mean that private equity deal flow will re-start sooner than many believe.

“What you had [in 2008] was a situation where markets were really frozen up because the lending markets, the financing markets were frozen. That is not the case this time,” Mario Giannini said to the investment committee of Teachers’ Retirement System of Louisiana Thursday.

Giannini said the government response this time around has been much faster – with the government “doing in four weeks what it took 18 months to do last time” and doing it “three or four times as big.”

“I think one of the things that will surprise us is…how quickly some deal flows will begin to happen,” he said. “It always starts in the credit markets, and you’re already seeing some of that.”

Giannini cited Silver Lake and Sixth Street Partners‘ recent investment into AirBnb as a model of what could be coming. Last month, the firms provided $1 billion to the company in “a combination of debt and equity securities.”

Monday, KKR announced it would take a 60 percent stake in fashion brand Wella from Coty Inc for about $3 billion. Publicly traded Coty is carving Wella out into a separate business as it works to delever its balance sheet. KKR also agreed to buy $750 million in convertible preferred shares, and make an incremental $250 million convertible preferred share investment in the company.

“In the shadow of a global lockdown, we have also announced a comprehensive plan to reduce fixed costs by $700 million, which allows us to confirm our target to reach mid teens operating margins by FY23,” Coty COO and CFO Pierre-André Terisse said in a statement.

In an email to Buyouts, Giannini said rescue capital could mean PE firms supporting their portfolio companies or “finding other good companies in which to invest.”

“There will be distressed debt plays, I would say they are probably not going to be as widespread as you saw in the 09-10 timeframe,” Giannini told Louisiana Teachers. “But I think the rescue capital will be far greater and have much better opportunities than you’ve seen in any other timeframe.”

Giannini told Louisiana Teachers that the “equity” side of private equity would take some time to come back, but did point out “PIPE” deals in which PE firms take stakes in public companies.

“Interestingly, we’re seeing take-private deals, where public stocks have been hit so hard that private equity will move in and buy some of these companies even now, which is just remarkable when you think about [how] this has only been a six or seven-week process,” he said.

“I think if we are right, and there will be more activity than we anticipate because the markets stabilize faster, then I think we will see a more normalized curve for investments over the next few months,” Giannini said. “While the base case remains capital calls and distributions come down, it might be that it is a less elongated period than what you saw coming out of the [2008 crisis].”

When asked by Griffith if rescue capital investments are time sensitive, Giannini said Louisiana Teachers would be wise to begin the investment process soon.

“I would be setting those things up fairly quickly and taking advantage of it,” Giannini said. “It’s just remarkable how, because I think the capital markets have not shut down the way they did in [2009 to 2010], that activity is really starting.”