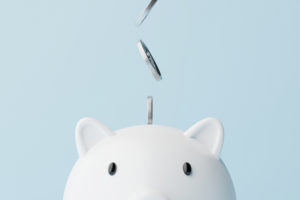 HarbourVest Partners is offering a management fee discount for LPs who commit to its latest secondaries pool before the first closing, a strategy firms use to help build momentum in the early days of a new fundraising.

It’s not clear if HarbourVest has offered such a discount in the past. But the firm is looking to boost momentum at a time when fundraising is expected to slow as LPs contend with an overcrowded market and worrying economic signs that could signal a move into recession.

These details were revealed in a note from analyst NEPC to Ventura County Employees’ Retirement Association, which approved a $40 million commitment to HarbourVest’s new offering.

With a target of $12 billion and a hard cap of $13.5 billion, the 11th Dover Street fund looks to become one of the larger secondaries funds.

NEPC’s note said investors who enter the fund before December 2 will receive a 5-basis-point reduction in management fees.

According to NEPC, the fund will have an 8 percent preferred return and charge a 12.5 percent carried interest rate. Carry will pay out to the GP at the end of the fund life, once LPs have been paid back, a structure known as a European distribution waterfall.

Dover Street Fund XI is expected to make between 40 to 60 investments. Between 60 and 75 percent of these will be classified as “complex secondary transactions” while the remainder will go to traditional LP secondaries investments with an average net equity investment between $200 million to $400 million, NEPC said.

Dover Street Fund XI will generally not pursue transactions expected to result in a commitment of less than $50 million, the note said.

According to the note, between 70 percent and 85 percent of the fund will be exposed to buyouts, 10 percent to 20 percent to growth equity and the rest to opportunistic exposures.

NEPC said that over $130 billion in secondaries transactions occurred in 2021. The recommendation touted HarbourVest’s experience in conducting GP-led deals as an advantage over rivals.