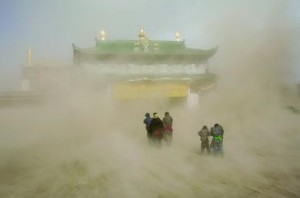 While Western Europe and North America have an established environmental protection regime, the situation is very different in many emerging markets. Even in parts of Central and Eastern Europe (CEE) that are now part of the EU, there can be different cultural norms and priorities to take into account. In further flung markets the challenges can be more acute, with sometimes very little information available and regulatory systems of varying quality.

First, it is important to understand what the particular environmental issues facing emerging market countries and regions are. In the Middle East, for example, the main issues are the water and energy demands of buildings and, to a lesser extent, waste generation.

“Middle Eastern countries have some of the highest water use and waste generation rates per capita in the world,” says Enda Colfer, who leads on EDD in the Middle East and India for consultants WSP.

He adds that the need to reduce energy and water demand in buildings has led to several Middle Eastern countries requiring that new buildings must comply with internationally accepted building performance standards, such as LEED or BREEAM. “In Dubai, the Government is about to introduce green building regulations, which have been prepared by WSP. Air quality and discharges to the marine environment are also significant issues.”

In India, by contrast, the main environmental issues are poor handling and storage of materials, inappropriate bulk storage of hydrocarbons and other hazardous materials, and informal disposal of waste and wastewater.

In many parts of the CEE region, the main environmental issue relates to the acquisition of formerly state-owned facilities. Robert Reiniger, a Hungary-based Deloitte partner, says: “Before 1990 environmental issues were a much lower priority than economic or production issues, even though there was strong legislation dating from 1976.” In effect, what this means is that acquirers of facilities that began under Communist rule should be careful to check out potential land or groundwater contamination.

Tim Tillson, associate director at KPMG’s risk and sustainability team, distinguishes between “progressive” developing markets, such as South East Asia and, to an extent, the Gulf states, and less developed emerging markets like China, the CIS and Africa.

“The latter markets have different regulatory, political and commercial constraints,” he says, noting that the more progressive markets have an appreciation of Western standards as a result of international trade. However, he expects the less mature emerging markets to follow suit in the next five to 10 years.

Tillson says that some of the more progressive and forward-looking countries are voluntarily looking at issues such as carbon and resource management and ethical sourcing.

“This is particularly true for those countries with important Western markets to service where companies are being forced by Western buyers to respond to corporate pressures associated with transparency, governance, corporate responsibility, carbon disclosure and resource and energy efficiency.”

In essence, by being able to demonstrate higher standards, select companies that operate in these markets are giving themselves a commercial advantage, as these standards may be creating an entry barrier that their competitors have yet to surmount.

Wider trends are also influenced by the gradual adoption of international accounting standards, says Tillson, particularly when companies are looking at listing on international markets.

“Historic and long-term environmental legacy liabilities, especially in centrally planned economies, may need to come onto the balance sheet for the first time when former state-owned companies are being privatised, so that even with state indemnities for environmental damage, these are still quite often, distressed assets,” he says.

“Understanding the interplay between regulatory regimes along a supply chain is a challenge and an opportunity for private equity in an emerging market. Implementing more stringent standards where regulation may be weak needs to be understood in the context of the economic and reputational demands of international corporates, clients and markets.

“Alternatively, complying with local environmental regulations is unlikely to be sufficient in withstanding any third-party corporate inspections for ethical supply, where regulations and the enforcement of regulations are weak.”

“I’d say to any private equity house that they should take a careful look at the trends in regulations and corporate standards coming into play if they want to maximise their position on the buy or sell-side, because if they don’t the other side may be adjusting the valuation against them,” says Tillson.

Craig Carson, a partner at consultancy ERM, highlights corporate reputation and social issues, which often fall into the remit of environmental due diligence (EDD). He says: “Social or community issues present the biggest issue, that is, how does the asset interact with the local community in terms of indigenous rights, physical impact on the community, social obligations to the community, employment, etc. Such issues are often unquantifiable in monetary terms.”

A key factor in any good EDD study in an emerging market will be the kind of legislation in place and the attitude of the local regulator. Carson says that typically the legislation in emerging markets is comparable to Western markets: “However, the issue then becomes enforcement, which is applied inconsistently due to levels of investment and basic logistics, such as the fact that the country is very large or the road access is poor.”

Enda Colfer says of the Middle East that, generally, regulations are not well enforced although there are exceptions, such as the Environment Agency, Abu Dhabi. In India, he says, while there is a large body of environmental law with federal, state and municipal regulations, their implementation varies across such a vast country and is sometimes well enforced, sometimes not.

Tim Clare, technical director at WSP, says that in Africa regulation varies from region or even country to country. “Regulation in, say, South Africa is far superior to some states where it is virtually non-existent. However, where significant industry exists, regulators will have been formed and be operating, albeit their levels of performance and integrity will vary.

“Some will perform valiantly but are under-resourced, whereas others will be relatively ineffectual and open to some level of bribery if only as it is culturally accepted or even expected. However, while most regulators may be seen as ineffectual, if they choose to take issue with a firm they can cause all sorts of problems.”

Clare says that in Africa emissions controls (including contamination of land) and waste management controls are ubiquitous. In areas like waste management, he says, the infrastructure often doesn’t exist for a manufacturer to ensure its wastes are taken by a third party to what would be considered an appropriate waste disposal site. “The risk here is for a corporate to be seen to be operating lower (and the cynic/critic would say, cheaper) practices at its third world located sites,” says Clare.

He adds that, although not strictly environmental, as in Asia, one of the main issues in Africa is the use of underage labour or just poor working conditions, such as sweat shops. “These kinds of problem can become a related issue for EDD and one that falls into our reporting if only in that we observe poor storage of hazardous materials that puts employees at risk.”

Linked to the issue of enforcement is that of Western investors being treated less favourably than local companies. “The regulator can frequently come ‘chasing’ Western investors to address environmental issues, as it is perceived the investor has deep pockets and can pay the money,” says ERM’s Craig Carson.

There is also the question of the unpredictability of the regulator in some emerging markets. In Kazakhstan, for example, the regulator apparently changed its mind in its attitude to the burning of sulphur by oil company Chevron, levying a heavy fine after it decided that the sulphur was not a by-product that could be burnt without sanction, but rather a waste product.

Some emerging markets regulators may also have a less than above-board relationship with the companies they regulate. Neil Foster, a WSP associate director based in Romania, says it is not unheard of for companies to be making “informal” payments to regulators at the regulators’ behest: “This is very unlikely to be discovered except in the most rigorous EDD process, and even then it will be anecdotal evidence only.”

Given the under-developed data systems in many emerging markets, it can be challenging to obtain reliable information on sites. “The sources of information are often limited and therefore we need to rely on the experience and knowledge of our local people to inform the process,” says Carson. “There is also an issue concerning the consistency and quality of information and of service providers such as laboratories, so this may require using providers who are not located in the country.”

Neil Foster says that in Romania and some other parts of the CEE there is often a lack of readily available documentary information, such as registers and regulatory data. This can make carrying out EDD more time consuming than in developed markets.

Deloitte’s Robert Reiniger says that in Hungary the regulators are usually cooperative and public data is accessible. But databases are not always electronic, he says, and paper-based data must be obtained personally or with the help of experts.

The message to private equity is ‘do the research’ – know the country, know the culture, know the law, and don’t expect any favours along the way.