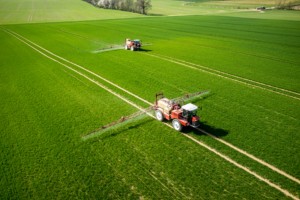 Harvest Partners drew in $244 million for its first structured capital fund, which makes non-control investments in middle-market companies, about 14 months after the New York firm launched the business, according to a Form D filing.

It’s not clear if the filing indicates an official closing of the fund, which has a target of $400 million.

Park Hill Group is placement agent for the fund.

Previously a managing director at Harvest Partners, Hegenbart switched over to Harvest Partners Structured Capital and hired Steven Duke, a CCMP Capital veteran, as principal. Other team members include Caldwell Zimmerman, an associate who joined from Arsenal Capital Partners, and April Blackmon Meyer, a marketing associate who previously worked at JAT Capital Management.

Michael DeFlorio, senior managing director of Harvest Partners, said in a statement last year: “HP SCF is our first expansion outside of traditional control oriented investments, and it is a natural extension of our core capabilities.”

The Form D filing lists DeFlorio and Hegenbart as executives for Harvest Partners Structured Capital Fund, along with Stephen Eisenstein, Ira Kleinman and Thomas Arenz. All five are senior managing directors at the firm.

Harvest Partners did not respond to an email request for comment.

In September, Harvest Partners Structured Capital announced it had invested an undisclosed amount in LAZ Karp Partners, owner of LAZ Parking, the third-largest parking operator in the United States.

Photo of harvesters courtesy of Shutterstock