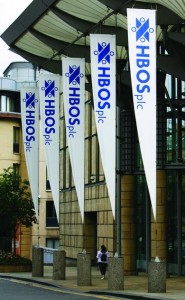 A report has suggested that HBOS, the UK bank that at the end of July reported that pre-tax profits halved in the first half of the financial year, wants to reorganise its integrated finance operation. This could result in the sale of some of the unit’s major investments, such as social housing maintenance provider Keepmoat.

Bank of Scotland Integrated Finance has been one of the most active mid-market financial acquirers over the last few years, buying Keepmoat for £783m and crane hire business Ainscough for £255m last year, among others. The bank now wants to bring in third-party investors to support these investments rather than provide both the debt and equity for their buyouts.

At the beginning of July, Mark Hammond, head of the unit, told IFR Buyouts Europe: “The market is different from a year ago and that has had an effect on all players in the market.” He was reacting to speculation that his division had slowed its rate of investment this year.

A legal source said: “The model of integrated finance does not suit buyout teams as well in the current environment. BoSIF did lots of deals last year but we have not seen them appear as often on transactions this year.”

However, Hammond dismissed this, saying: “We have done five new investments this year. That is a reasonable amount considering the current market environment.”

The largest was this April’s £143m development capital investment in Integrated Subsea Services, a company already backed by Bank of Scotland. BoSIF’s biggest buyout was the £12m purchase of healthcare business Verna Group from LGV Capital in February.

Hammond said the bank had no particular policy to turn away from larger deals. “This is just a reflection of the market as a whole: there are very few vendors of bigger businesses at the moment.”