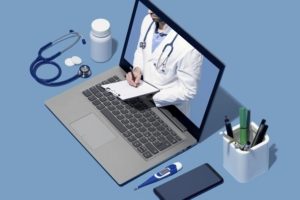 In a robust market for healthcare funds, Linden Capital Partners is setting its sights high with a $2.5 billion target for a fifth flagship buyout offering.

The Chicago private equity firm disclosed the target in Form D fundraising documents filed last week. No commitments were secured for Linden Capital Partners V or parallel vehicles as of the date of the filing. PJT Partners is the placement agent.

The offering, which has a $3 billion hard-cap, is fast-approaching an initial close of more than $2 billion, limited partner sources told Buyouts. Linden declined to comment.

If it meets the target, Fund V would be the largest healthcare pool in Linden’s nearly two-decade history. At its hard-cap, it would be twice the size of Fund IV, wrapped up in 2018 at $1.5 billion.

Healthcare PE fundraising was strong out of the gate in the first quarter. In all, 61 vehicles secured more than $60 billion globally, almost half of the $124 billion raised during the whole of last year. This suggests activity this year may be poised to surpass 2020’s haul and even 2019’s record $192 billion.

Linden’s founding partners are pioneers of healthcare investing, starting out in the 1990s as part of First Chicago Equity Capital’s dedicated team. They formed Linden in 2002 to build on this track record, making operationally focused control investments in mid-market healthcare businesses, including carveouts.

Linden sources deal flow across a wide range of healthcare verticals, according to its website.

Linden’s roll-out of Fund V is likely benefiting from a string of recent exits. They include the public listing of HydraFacial, an aesthetic skin health specialist, through a $1.1 billion merger with Vesper Healthcare Acquisition Corp. The combined entity, The Beauty Health Company, began trading on Nasdaq this month.

Linden and DW Healthcare Partners in 2016 acquired a majority interest in HydraFacial. Linden generated an 8x return on its original invested capital, PE Hub estimated at the time of the deal’s announcement.

Other exits include Z-Medica, a patented hemostatic products maker, sold in December to Teleflex for up to $525 million. Partnering again with DWHP, Linden invested in 2017.

Linden has also been an active investor, announcing two new platform deals since January. The most recent, Aptitude Health, a pharmaceutical market insights provider, was acquired this month, bringing total portfolio companies to 20.

Sarah Pringle contributed to this story.