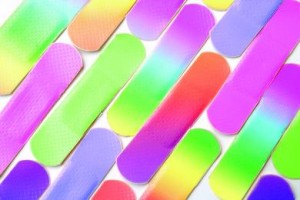 The sale of ConvaTec earlier this year highlighted a growing trend of private equity buyout firms that are turning their interest to the healthcare sector.

Seeking out higher cash flows and more stable investments that are less vulnerable to the affects of the credit crunch, healthcare is proving to be a robust sector in an otherwise unhealthy economic climate.

In the second largest buyout this year, New Jersey-based Bristol-Myers Squibb sold wound care specialist ConvaTec to Nordic Capital Fund VII and Avista Capital Partners for US$4.1bn. Johnson & Johnson followed suit, securing a deal with One Equity Partners in the sale of its Ethicon unit for an undisclosed sum. Montagu also jumped on the healthcare bandwagon and has expressed interest in selling off its wound care company BSN Medical.

With one of the largest deals of the year completed and more on the table, Nordic Capital’s Kristoffer Melinder observes that the unfavourable deal climate has led to a growing interest in healthcare investments. “Healthcare buyouts are providing the stability and predictability you want with growth opportunities,” says Melinder.

Cathrin Petty, partner at Apax, explains that in times of economic downturn investors have historically switched to healthcare. “On the product side, it is much less sensitive to economic downturn than the service side,” says Petty. “This is a sector that has a good growth trajectory,” she adds. In Melinder’s experience of the buyout of wound care specialist ConvaTec, healthcare investments do not need as much leverage as other sectors, which has given buyout firms the room to develop the companies they are investing in.

“Nordic Capital would not have been able to put together a financing package similar to that of the ConvaTec deal in any other sector,” says Melinder. Petty agrees and explains: “Asset allocators at the top of banks recognise that healthcare is a robust sector to be in. There is better protection on the downside and there is more visibility and certainty of cash flows in this environment. The equity investment is more resilient, which makes it more compelling,” says Petty.

Wound care in particular has come into its own in the healthcare market. According to the latest report on the Global Market for Advanced Wound Care Products 2008 from market information provider Espicom, wound care achieved an estimated value of US$10bn in 2007 and is predicted to reach US$12.5bn in 2012.

There are many demographic factors that have led to the recent surge of interest in the healthcare market. With aging populations in Europe and America, the need for higher volumes of pharmaceuticals and wound care supplies is growing. There has also been a rise in the incidence of diabetes throughout the world. According to the American Heart Foundation, the incidence of type 2 diabetes has doubled over the past 30 years.

There have also been steady advances in technology and products as demand increases for higher quality wound care and pharmaceutical products. “The fact that the healthcare sector is technology driven means that people are always looking for better treatment methods,” explains Melinder. Simon Turton of Warburg Pincus agrees and explains: “Populations are older and people are living longer. People need more medical supplies at the end of their life than at any other time.”

According to the National Coalition on Health Care in the US, healthcare spending is continuing to rise at its fastest rate in US history. A Congressional report backed up the NCHC’s claim and predicted that by 2082 the US will be spending 50% of Gross Domestic Product (GDP) on health.

With governments throughout the world becoming more and more involved with healthcare, the investments are generally seen as more stable than other sectors. “Pricing pressures are coming in globally. We are particularly seeing it in Western markets like Germany and particularly the UK because it has one of the biggest fiscal burdens when it comes to healthcare,” says Petty. “Looking at the macroeconomic situation there will be an increasing share in GDP. As a result companies are going to have to be smarter and more technologically adept,” says Nordic Capital’s Melinder.

Having the ability to provide strong cash flows while being relatively resistant to the current economic woe, healthcare looks to be one of the only safe bets for cautious lenders. With a look to the future Petty concludes: “The healthcare trend will continue but I think the mix will change. There will be a lot of short-term pressure on the pharmaceutical industry, which is caused by a lot of products coming off their patents.” Melinder is of the same opinion and predicts those who haven’t already become involved in healthcare buyouts will do so in the future.