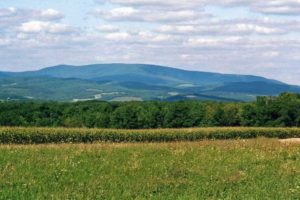 Blue Mountain Capital, a hedge fund that last year began winding down its flagship pool, is working on a secondaries process for illiquid investments it manages, sources told Buyouts.

The Blue Mountain deal, which is not live yet, would be one of the few manager-led secondaries processes of size during the coronavirus downturn. Most secondaries activity has been on pause since the start of the downturn around March.

Blue Mountain, which was acquired by bond insurer Assured Guaranty last year for $160 million, is working with Evercore on a process for liquidity options. The potential value of a deal could tally more than $1 billion, sources said, though it’s not clear how much will transact.

The intention is to keep the illiquid investments inside the organization, rather than sell them to external managers, two of the sources said. The firm changed hands in the acquisition last year and said it would launch strategies stemming from its focus on collateralized loan obligations and structured finance.

Blue Mountain announced last year it would wind down the multi-strategy, $2.5 billion flagship Credit Alternatives fund, distributing proceeds to investors in the fund. It’s not clear if the secondary is part of that wind-down process.

“Hedge funds are supposed to be relatively liquid, but they acquired quite a few PE-like illiquid [assets],” one of the sources, a secondaries buyer, told Buyouts. “They need a longer term vehicle to continue to own those.”

Blue Mountain had been in talks with PJT Park Hill earlier this year on liquidity options for the illiquid assets. It’s not clear why that changed. PJT Park Hill’s head of secondaries advisory, Jonathan Costello, left the firm in May to launch his own shop.

Blue Mountain was formed in 2003 by Andrew Feldstein and Stephen Siderow. The firm’s assets under management ballooned to a peak of $23 billion in 2016, before falling back to more than $18 billion last year. Affiliated Managers Group, which acquired a stake in the firm in 2007, reported a $415 million write-down in the value of its stake in the firm last year, the Financial Times reported.

AMG sold its interest in Blue Mountain to Assured Guaranty last year in exchange for $91 million in cash at closing, subject to adjustments, the firm said at the time. Blue Mountain said Siderow would leave by the end of the year.

Hedge funds have not represented a major part of the secondaries market in recent years. For a time, hedge funds were notable sellers on the market as their limited partners looked for ways to exit the pools.