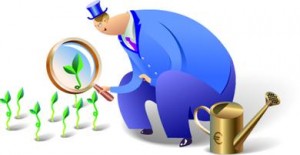 Despite this significant upturn in participation, the current level of hedge fund activity in venture is nowhere near what it was during the internet bubble, according to Feuille. But that is not necessarily a bad thing. Though non-dilutive capital invested into portfolio companies is favourable, Rolf Mathies, a partner at US$300m Earlybird, based in Hamburg, Munich and Menlo Park (CA), said many hedge fund managers are short-term investors and our industry does not know how they will react when follow-on financing is needed. Graham O’Keefe, senior partner at Atlas, a US$2bn venture capital business with offices in Boston, London, Munich and Paris, is concerned about the fact that hedge funds like to move in and out of positions and that can be difficult even during IPO because many venture capital firms have a portion, for example, 15% of the investment, which is locked-in even after IPO.

From Feuille’s position on the west coast of the United States he sees hedge funds buying into private companies at the pre-IPO stage. He said: “In the US, hedge funds are buying in pre-IPO to gain access to an equity stake in a company that is close to public offering so that they have bigger positions in the public market.” This is in contrast to what Mathies sees from his perspective in Germany (though Earlybird has CA offices too). Mathies said: “We have not seen hedge funds investing in venture in Germany but Fidelity and Advent are doing a crossover fund out of Switzerland.” He adds: “Most of the hedge fund investment that I have seen in venture is in the form of debts or loans – not equity. Hedge funds are relying on companies that are well financed by consortiums and then charge 10% to 15% interest on the bonds. I think this is the model which we will be seeing next in Europe.” These types of debt vehicles seem interesting to hedge funds, at the moment, because they have low write-off ratios because venture is currently having an uptick but it is yet to be determined how these bonds will perform throughout the venture cycle and how hedge fund managers will react when defaults inevitably happen.

Feuille and Mathies seem agreed that most of the investment from hedge fund managers, whether it is through equity or debt, is in the latter funding rounds of pre-IPO companies. But Atlas’s O’Keefe, who’s based in London, has seen some very different anecdotal evidence for hedge fund activity in the venture sector. O’Keefe has seen hedge fund investing in very early stage companies in Europe with very accommodating terms. He said hedge funds are coming into deals post-angle and are accepting common stock and no seat on the board. In San Francisco, Feuille said: “We are not seeing hedge funds investing any earlier than the pre-IPO stage. Some of the companies may seem quite young even around a year old but the hedge funds are investing because they think that these companies, despite their age, will go public within the next 12 months.”

Part of this difference in opinion may centre on the definition of what makes hedge funds. O’Keefe is referring to private banking groups and family money which he said ‘were once called venture funds and are now calling themselves hedge funds’. Feuille considers family offices in a different category to hedge funds. He said: “Family offices follow an asset allocation model but they can be really flexible. To maximise total return they will shift resources into direct venture investing, or even direct deals.”

Whether hedge funds are defined by their traditional strategies, long/short equity, macro, volatility arbitrage etc, or whether those definitions can be broadened to include any investor with a flexible strategy such as a private bank or family office, hedge funds are increasing their interest in venture capital investing in a major way. Some venture capitalists have responded that they’ve seen the hedge funds come in before and that it is all cyclical and that they will leave the industry as quickly as they entered it. This may be true but hedge fund managers are in the venture space at the moment because there is money to be made there. And that can only be a good sign for an industry that in Europe, at least, has been overshadowed by the buyout market for too long.