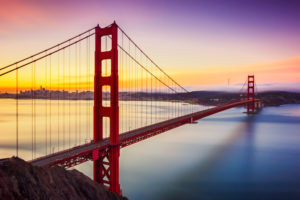 Hellman & Friedman is capping its tenth flagship fund at $22 billion, opting to keep the fund’s size near its target.

This comes amid a hot fundraising environment for established managers as limited partners continue to pour money into their most trusted relationships.

The hard-cap does not include the commitments from the firm itself, according to a staff presentation from New Jersey Division of Investment. The GP commitment will be 6.25 percent of the fund, or a minimum of $1.25 billion.

Hellman & Friedman Capital Partners X is targeting $20 billion, as Buyouts reported. In January, sources said the fundraising was moving quickly and the fund was expected to do a first close in February, but might stay open for some LPs who need more time to finalize commitments. It was not clear if that first close happened. A Form D was filed in early February but did not include how much the fund raised.

The New Jersey documents said Fund X would make 12 to 15 investments of between $400 million and $4 billion. Its target sectors will be software, internet and media, financial services, consumer and retail, healthcare, business and information services and energy and industrials. Up to 40 percent of the fund will be invested outside North America. The focus will be on control investments in traditional buyouts, corporate carve-outs, take-privates and recapitalizations. The fund will also make minority investments.

The firm’s previous funds have all performed extremely well, according to data from Aksia TorreyCove, New Jersey’s private equity consultant.

New Jersey will be charged a 1.5 percent management fee to start out, which it will pay until either the end of the commitment period or the activation of the firm’s next fund. Following that, it will pay a 1.25 percent fee for two years, then will step down to 1 percent for two years and finally to 0.75 percent thereafter.

The fund has a 20 percent carry and no hurdle.