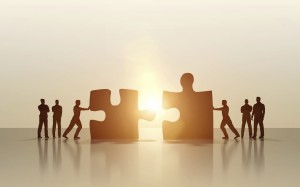 Hellman & Friedman is in advanced talks to buy MultiPlan Inc for $7.5 billion, including debt, after a two-year hold by Starr Investment Holdings LLC, according to a report by The Wall Street Journal.

A spokesman for Hellman & Friedman declined to comment. Starr Investment did not immediately respond to a phone call or an email.

If it happens, the acquisition of MultiPlan, a claims processor for health insurers, would mark one of the largest buyouts on the private equity landscape this year, according to data from Thomson Reuters.

Keurig Green Mountain Inc drew a price of $14.2 billion in a deal that closed March 3. The buyers were an investor group, led by Acorn Holdings BV, a unit of JAB Forest BV and Mondelez.

MultiPlan would exceed any other announced deal by a private equity firm that has not yet closed. Within that group, Thermal Assets of Engie SA-US currently ranks as the largest. Atlas Power set plans in February to buy the business for $3.3 billion.

Starr teamed up with Swiss asset manager Partners Group to buy MultiPlan in 2014 for $4.4 billion in its largest acquisition since the firm was founded after Greenberg left AIG in 2005.

The sellers at the time were BC Partners and Silver Lake, who had bought the firm in 2010 from Carlyle Group and Welsh, Carson Anderson & Stowe.

Citing people familiar with the deal, TWSJ reported that MultiPlan’s annual Ebitda increased by more than 50 percent to about $650 million since Starr bought it.