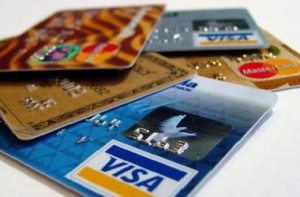 Private equity firms Advent International and Bain Capital have joined forces with Milan-based Clessidra, the sources said. The trio could pay up to 2.4 billion euros ($2.68 billion), they said.

But four other private equity firms, all based in London, have formed rival consortia in a bid to gain a foothold in the fast growing payment industry, the sources said.

CVC Capital Partners has teamed up with Permira while BC Partners is working with Cinven on a joint bid, the sources said.

ICBPI was first approached by Permira with an unsolicited 2.2 billion euros offer in January.

Spokesmen at ICBPI, Advent, BC Partners, Cinven, CVC and Bain Capital declined to comment while representatives for Hellman & Friedman, Fortress, Clessidra and Permira were not immediately available for comment.

ICBPI, which is advised by Mediobanca and Equita, will give prospective bidders at least four weeks to carry out due diligence if they are admitted to the second round of the auction, one of the sources said.

ICBPI, which reported core earnings of 167.6 million euros last year, is held by a number of Italian cooperative banks with Credito Valtellinese ranking as the biggest shareholder with a 20.4 percent stake, followed by Banco Popolare with 16 percent.

The Italian cabinet is tackling a landmark reform of the shareholding voting rules in the Popolari or cooperative banks, which is expected to improve the governance and transparency of these lenders.

The decree aims to consolidate the banking sector and will overhaul a system that currently gives all shareholders in the banks one vote regardless of the size of their stake.