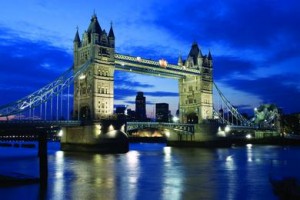 Investors include large UK and European pension funds, with many returning from Henderson’s first secondary PFI fund, which closed less than a year ago. Exceeding its target by £130m, the firm raised £330m, forced to scale back third and final close investor commitments because of the amount of appetite for infrastructure among investors.

Guy Pigache, a partner at Henderson Equity Partners, said: “The fact that we were able to raise our second fund so quickly shows how much infrastructure has become a part of institutional investors’ portfolios – which was not the case when we began marketing our first fund.”

The private finance initiative (PFI) began life in 1992, introduced by the then British Chancellor Norman Lamont as a way to finance, build, operate and maintain public sector facilities and services using private sector money and expertise. It was not until 1997 with the advent of the Labour Government that PFI really took off, and over 700 PFI has been funded since 1992 with a total capital value of £49bn, more than 500 of which are now operational.

It’s an asset class which has traditionally been regarded as a bit off the beaten track from typical private equity investing, but one which has gradually been building up a head of steam over the last two to three years as the PFI and PPP sector has matured (see EVCJ, November 2004, p2). While not an especially exciting investment space, its low risk profile has enticed investors.

This year has seen further evidence of its popularity, with ABN AMRO on course to raise €1.5bn its ABN Infrastructure Capital Equity Fund – it has so far raised €1bn – before the end of the year, and Deutsche Bank launching a Pan-European Infrastructure Fund within its real estate and infrastructure fund management business.