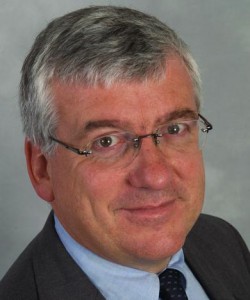 The role will be taken up by the firm’s chief executive Ian Armitage, with Frances Jacob appointed as deputy chairman. Nic Humphries becomes chief executive and will remain as head of the TMT sector team.

Humphries joined in 2001 from Geocapital Partners where, as general partner, he founded its European business. Previously he was head of Barclays Private Equity’s IT and telecoms team. He has led some of HgCapital’s largest and most successful buyouts, including the recent sale of IRIS Software and CS Group to Hellman & Friedman for £500m, the £382m public-to-private acquisition of Visma AS and the $450 million flotation of Xyratex.

Other promotions include Richard Donner and Karsten Hartmann who become partners, whilst Alex King, Philipp Schwalber, Emma Tinker and Justin von Simson are promoted to director.

Nic Humphries said: “HgCapital’s success is due to the excellence and drive of our people. These changes are intended to capitalize on that. The energy and focus of our younger team members and the experience of our 12 partners is a powerful combination and these changes will support the continued development of the business over the next 10 years. I am honoured by the prospect of leading the firm through its next phase of growth.”