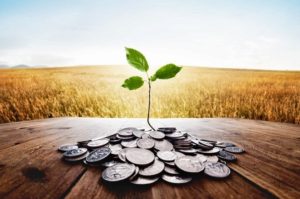 This year’s fundraising season is only a few weeks old but has already seen offerings from several new private equity shops launched by veteran investors.

A prominent example is Banner Ridge Partners, established in 2019 by Anthony Cusano, the ex-head of Siguler Guff’s secondaries group, which last month secured $550 million for its debut fund.

Flying below the radar are emerging managers which are just now bringing funds to market. They include a San Francisco lower mid-market firm led by a former executive with HIG Capital.

Over a nearly two-decade PE career, Preston led or played a leadership role in more than 15 platform investments, according to American Pacific’s website, representing more than $2.5 billion in acquired enterprise value.

American Pacific was set up to acquire mostly North American companies with EBITDA of up to $20 million. It will invest in complex deals, such as carve-outs and take-privates, involving opportunities in a range of sectors but with a focus on software and technology. The firm intends to bring on operating partners to support growth in the portfolio, its ADV filings show.

Harkness was founded in 2015 by Partner Ted Dardani, formerly a partner with Oak Hill Capital Partners. Dardani joined Oak Hill in 2002 and helped lead investing in the firm’s business and financial services group.

It is not clear if Harkness is raising a fully-fledged debut fund or capital for specific transactions. In 2017, the firm secured $25 million from nine investors for another vehicle, a filing shows, and led the PE consortium that backed Southwest Foodservice.

Harkness last year acquired a majority stake in Kane Is Able. According to Citizens Commercial Banking, which led asset-based financing for the deal, the investment was made through Harkness Capital Partners I.

American Pacific and Harkness did not respond to a request for comment on this story.