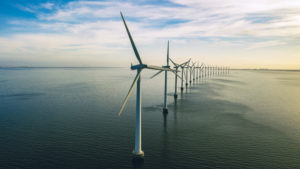 Energy transition is a catch phrase for investments in sustainable energy and the move away from fossil fuels. The theme is big among LPs, especially those in Europe but increasingly US-based investors who are looking for ways to reduce carbon emissions from their portfolios while still seizing on strong investment opportunities.

Energy transition is part of the overall idea of ESG, which itself has become a point of controversy in the LP world. Several Republican-leaning state pension systems are limited in their ability to make investment decisions using ESG considerations.

“Markets are becoming more complex as they become more integrated. We will see increased volatility and we are not sure how the market layout will look in the years to come,” said Sunniva Bjørnstad, a senior partner at Norway-based private equity manager Hitec-Vision at a LACERA informational session held on September 13. Buyouts watched a webcast of this session.

LACERA recently committed approximately $130 million to Hitec-Vision’s New Energy Fund. The fund closed in August after reaching its hard cap of €750 million. The fund has deployed €540 million across three investments in onshore and offshore wind power and other energy transition initiatives.

Intrinsic to the idea of a transition away from traditional energy is a variety of rules and regulations. This variety across countries and continents also complicates energy transition, according to Bjørnstad.

“It’s a very challenging and very fluid market situation that we are standing in the middle of,” Bjørnstad said.

To counter this, Hitec-Vision has taken on more partnership approaches, particularly with industrial companies, Bjørnstad said.

One example of this comes through a joint venture with Italian energy giant Eni to develop wind fields among other green energy projects, according to Bjørnstad.