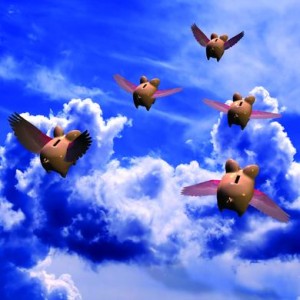 Hogg Robinson (HRG) finally went public following a tortuous journey to the London Stock Exchange which saw Permira pull the IPO before listing it a week later at a much lower price.

Investors were said to be unimpressed with the high price that had been slapped on the company – a consequence of the competitive IPO route Permira took- and despite this being made clear in the bookbuilding, the banks took little notice.

Around a week later it re-emerged with a range of 90p to 120p and listed at the very bottom, giving it a market capitalisation of £275m, a quarter less than the middle of the range it had originally wanted. The float saw HRG raise £180m, which itself raised questions because under the original offer the company wanted to raise £190, so despite heavily cutting the share price, roughly the same amount of money was needed, leading to accusations that Permira was unwilling to provide the extra capital.

Permira has not disclosed its return from the investment but SVG Capital has revealed it made €27m from the float which saw Permira Europe II sell 44% of its equity. Permira’s remaining stake is subject to a 12-month lock-in period.

The firm acquired HRG in May 2000 in a €640m public-to private deal. At that time of the company had two divisions: Business Travel Management and BCS (Benefits and Consultancy Services).The BCS Division was developed and sold in July 2005. The remaining part of the business has pursued a growth strategy and product offering expansion alongside technology investment and a buy and build strategy. Acquisitions have been completed in Switzerland, Germany, Austria, Singapore, Hong Kong, China (joint venture) and the US.

Permira is currently closing its €11bn fund, which will make it the largest ever European buyout fund. The firm is also busy raising the leverage for its €1.73bn buyout of Iglo Birds Eye Frozen Foods which it agreed to acquire from Unilever in August.