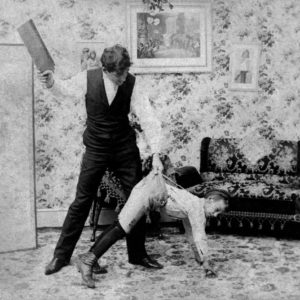 Warren, who introduced her bill earlier this year, attacks various fundamentals of the industry, including the tax treatment of carried interest, the ability of PE managers to write off interest expense on the debt they use to buy companies, and firms’ limited liability when it comes to their portfolio companies.

But a big target at a Nov. 19 Congressional hearing on private equity was the bill’s provision that would make individual PE partners liable for post-bankruptcy obligations like funding pensions. Several speakers lashed out against the idea of an employee being on the hook for a financial collapse, rather than the company itself.

“If you impose joint and several liability on the fund managers, no fund manager will ever take a risk and invest in any company again,” said Drew Maloney, president and chief executive officer of industry lobbyist American Investment Council.

Warren’s bill, called the Stop Wall Street Looting Act of 2019, was introduced in the Senate earlier this year, with a companion bill introduced in the House of Representatives. The hearing in front of the House Financial Services Committee was billed as a closer look inside the private equity industry, as well as a discussion of the bill.

The result was not a public flogging of private equity, but, on the contrary, more of a demonstration that members of Congress from both sides of the aisle see value in the niche. Many members talked about private equity investment in their districts, and companies that have grown because of PE investment.

The overriding sentiment at the hearing was that the headline grabbing collapses like Toys R Us are really aberrations from the day-to-day business of most firms. It’s the relatively unknown, middle market and lower middle market businesses, where private equity as a whole makes the most impact. This was the point numerous members of Congress tried to get across, to counter the glaring examples of bad business practices being touted by a few speakers, including Eileen Appelbaum, a long-time critic of the industry who is co-director of the Center for Economic and Policy Research.

The bankruptcy of Toys R Us hung over the hearing, as were some other noted PE-backed collapses. KKR, Bain Capital and Vornado acquired Toys R US in 2005. The company filed for bankruptcy under a mountain of LBO debt in 2017 and decided to liquidate its assets last year, erasing some 30,000 jobs.

“In 2018 alone, private equity firms spent a total of $10.4 billion buying up hospitals and medical clinics, a drastic increase from the $250 million it spent in 2009 on those industries,” Waters said in her opening statement.

“A New York Times investigation found that an ambulance company owned by private equity, Rural/Metro, had slower response times under private equity ownership, and undertook ‘more aggressive billing practices.’ According to the report, ‘Rural/Metro once sent a $761 collections notice to an infant girl born in an ambulance,’” she said.

But for every bad example, a member of Congress talked about benefits the industry brought to their districts.

Rep. Josh Gottheimer, a moderate New Jersey Democrat, said many of the state’s hardest workers, including teachers, firefighters and police officers, rely on investment return to secure their retirements. Private equity plays an important role in that, he said. “Our job is to make sure we’re punishing bad actors while not interfering with those that produce good returns,” Gottheimer said.

Perhaps the most obvious statement of the day, but one that apparently needed to be pointed out, was that no private equity firm has a strategy of forcing companies into bankruptcy. That would mean losing money, and reputation, and would not be to the long-term benefit of either GPs or their investors.

“Bankruptcy is failure, and failure is not part of the business model,” said Rep. Patrick McHenry, Republican in North Carolina.

“While private equity is our pension’s best performing asset class, it is also our most costly,” Moore said. “While just 10 percent of our portfolio, private equity makes up over half of our investment management costs. More complete information means sounder and more meaningful asset allocation decisions.”

Moore said he would like to see more information about fees and expenses and explanations of what performance metrics a GP is using. He would also like to be better informed about a GP’s deal pipeline and what kinds of companies the firm is targeting, “so we can have a better assessment of the risk the companies are taking. We want to try and control risk as much as possible.

“If we are noticing there’s a private equity company that wants us to give them an allocation and they’ve been engaged in these extractive financial engineering type activities to generate returns, that might be something we want to stay away from and look for less risky, more beneficial type investments,” Moore said.