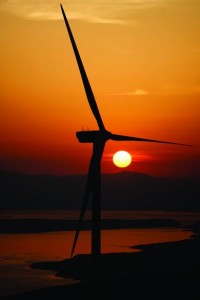 Half the capital invested in cleantech will make “incredible” returns while the rest will be lost, the European venture capitalist behind a pioneering investment conference on the sector has predicted.

The forecast from Sven Lingjaerde, co-founder and managing partner of Geneva-based Endeavour Vision, came as he looked back on European Tech Tour’s Cleantech Summit in the Swiss city.

Lingjaerde likened recent excitement over cleantech to the internet boom, which was characterised by naivety on the part of some investors.

He believed it could see many LPs looking to invest directly because the sector “looks so simple”. However, he staked a strong claim for VCs in the way the story plays out. “VCs reduce naivety because they look at the full spectrum of companies around the world.”

That spectrum is widening rapidly as technology innovators from other areas seek new markets for products and services alongside or in competition with established cleantech players.

The growing cast list was reflected at the summit organised by the not-for-profit European Tech Tour (ETT), which claims it to have been the first European match-making event of its kind between innovative companies in cleantech and leading VCs and corporate investors.

More than 175 delegates made it the largest ever Tech Tour event, underlining interest in an area that now ranks second only to biotech as an investment category for VCs.

Not that VCs are rushing into hitherto fashionable spaces such as renewable energy. Far from it.

Richard Youngman, managing director of analysts and researchers Cleantech Group Europe, said 2009 will likely be the first “down year” for venture investment in cleantech after a sharp pullback in Q4 of 2008.

That followed six years of record highs powered by a solar boom with biofuels, wind, transportation, and smart grids also playing a part.

At the turn of the year, Cleantech Group predicted US$7bn investment globally in 2009. “We were expecting it to drop back to ’07, but the reality is that we’ve dropped back closer to ’06, when global quarters were around the billion dollars mark,” said Youngman.

Reasons for investor caution include bloated deal sizes for generation projects, and their long-term capital intensity; the relatively modest size of European VC funds; governmental policy uncertainties; and less developed relationships between big utility companies and small innovators than is found, for example, in the IT world.

It is too early to say, but Cleantech Group believes it may be picking up signs of reduced investment in clean energy generation and a concomitant rise in interest in energy and resource efficiency.

The group is definitely hearing from more large IT companies seeking access to innovation in the cleantech area, Youngman said. He believed 2009 would see “a large rise” in the convergence of IT with cleantech, spurring the emergence of what he has previously defined as ‘the new ICT’ – Information and Clean Technology.

A zippy brand has helped to promote interest. “The cleantech umbrella’s crucial,” said Alexis Figeac, partner at Entrepreneurs Fund, the London based VC vehicle of family owned COFRA Holding, and vice-president of the 20-strong international, expert committee that selected companies to present at the summit.

“Up until 2002/2003, people viewed it as energy and environmental technologies, which didn’t go down with LPs. When Cleantech Group came up with the name, everyone grasped it. You don’t have all this stuff about it being only for big corporates.”

This ‘democratisation’ of cleantech extends to the scale and range of companies clustering under the heading.

Said Figeac: “Many start-ups are at the cutting edge of energy generation technologies. There is a multitude of thin film solar start-ups. The same is true of micro wind turbines: less than 5kW. The high profile marine energy companies are all start-ups. In the energy efficiency space, we have seen many start-ups in smart home applications but also in LED. Going forward, we can expect industrial biotech innovations from start-ups; after all, they have been key players in changing the game in pharma.”

Of 23 companies finally selected out of an initial 308 referrals to ETT, more than a third were start-up, half were early stage, and the rest in expansion.

Bernard Vogel, president of ETT and co-founder of Endeavour Vision, stressed how, unlike other technologies, “cleantech innovation is happening in each company and in each sector, which is very interesting news for the world and for Europe”.

Although some of the companies were not fund raising, others were, with sums being sought ranging from around £1m now to £60m in staged tranches.

Controlled Power Technologies, and EVO Electric, both of the UK, and Amminex of Germany, all offering compelling stories in components, systems and design for cleaner, more fuel efficient vehicles, described how they had clinched OEM, vehicle fleet, or demonstrator contracts.

Combined, their key messages were that if companies can offer not only compliance with new and foreseeable standards but also competitiveness gains and reduced dependence on dominant existing suppliers, the OEM route may be more open than some auto component makers have traditionally imagined.

Throughout the presentations, and in the Q&A sessions that followed, ‘convergence’ was on many lips. A number of VCs confided that their prime interest was in scouting out potential markets for IT companies in their portfolios.

Partnering was also high on the agenda, with much time and not a few questions devoted to how small companies in technologies ranging from smart metering to cleaner car engines and power inverters for home solar panels could scale-up through deals with OEMs and distributors.

There was a definite buzz in Geneva, but it was not just talk. Some companies had miraculously found funding in advance when it became known that they would be presenting. Networking was intense, and business was even taking place in public.

“You should talk to one of our portfolio companies,” one keen VC said from the floor in response to one presenting CEO detailing how he hoped to partner with solar panel distributors to get his gizmo for boosting efficiency into the market.

“Given the amount of money that governments have talked about giving to clean energy and cleantech type sectors, I would advocate that the VC community keeps a very close watch on what is going on in these circles,” said Richard Youngman at Cleantech Group, which has added policy monitoring to its portfolio of services.

Analysis of budgets – the EU internal budget, Germany and France are Europe’s big three – showed that renewable energy is some way down the league of spending priorities. Instead, the emphasis is on energy efficiency in general and the efficiency of buildings in terms of smart grids, metering and carbon capture.

In Youngman’s view, the shifting of the rhetoric beyond renewable energy will encourage more cleantech technologies to emerge from stealth mode to seek capital.

For example, people are looking to apply clean technologies in the maritime market as the shipping industry’s fuel use, carbon footprint and emissions/effluents come under more scrutiny.

Torqeedo, an early stage, German maker of high-tech electric outboard motors for boats and dinghies, illustrated the point on a smaller scale with a design that promises extended range and power, offering a claimed 20 kilometres for the energy equivalent of 26 grams of gasoline.

Cities may merit particular attention as markets. “I can see as much activity there as potential customers for technology in the next 10 to 20 years as anywhere else,” said Youngman.

The need for common standards, IT protocols, and regulatory regimes to open up truly European wide markets for tech businesses was underlined in a high-powered panel discussion on smart grids and smart metering.

It focused on the role start-ups could play in maximising the efficient distribution of energy from an increasingly wide range of generating options by more closely matching supply to demand through measuring usage pattern in more detail and more rapidly using IT systems.

“The grid is already smart, but it needs to become smarter and stronger,” said Serge Galant, CEO of consultants Technofi, who worked alongside French utility GDF Suez as it co-ordinated the recently completed EU-DEEP research programme into the technical issues, costs and benefits of distributed energy resources.

Despite difficulties, said Galant, the evolution of a European grid represented opportunity for tech start-ups to cut their teeth at home with a global market in prospect. “Europe is a key player in the power market and a player in a world game.”

He urged SMEs to engage with power companies and others involved in large-scale pilot projects. “There will be more funds available for prototypes in this sector. (But) research has to be integrated right from the start. You can’t stay in your garage for three years and then go to market.”

The mood of the summit was generally upbeat despite near-term uncertainties about the financial climate.

Richard Youngman cautioned against talk of a bubble bursting. “Maybe there’s been a bubble in solar or in biofuels, but it’s too lazy to be thinking about a bubble in cleantech because there’s so much diversity of technologies and industries and types of investment.”

Quote of the summit came from Pieter Wasmuth, CFO of REpower, the German offshore and onshore wind turbine maker that held fast to its vision through years of scepticism, financial crises and a rollercoaster share price.

Recalling one of his bleaker moments, Wasmuth parroted the banker who told him: “There are three things we don’t do: weapons, drugs and wind. Can you do solar?” RE Power is now one of the world leaders in its market.

The challenges facing a new crop of innovators will, for some, be just as tough and as long. As Sven Lingjaerde pointed out, a lot of investment will doubtless be lost. Investor confidence will wax and wane with news flow. Government policies will chop and change.

Yet with the climate change clock ticking, many have set their faces resolutely towards the sun, knowing that the long-term drivers remain in place and that the largest one of all is, alarmingly, increasing in scale.