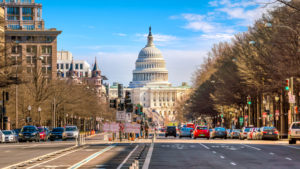 House Democrats took the first shot in their anticipated aggressive stance toward private equity under the new Congress.

New Jersey Democrat Bill Pascrell introduced a bill Tuesday along with fellow House Democrats Andy Levin and Katie Porter to change the tax treatment of carried interest to ordinary income, which can run as high as 37 percent.

Now, carry is taxed at the capital gains rate of 20 percent. Critics of private equity have long considered this a loophole that allows already-wealthy private equity GPs to pay less than regular workers.

“The carried interest loophole has allowed private equity tycoons to pay lower tax rates than their secretaries. This year, millions of Americans are struggling to survive and are entitled to a fairer tax system. This loophole has survived too long and we are going to push hard to see that it is finally closed,” Pascrell, chairman of the Ways and Means oversight subcommittee, said in a statement Tuesday.

Carry taxed at capital gains rate would stay in place on capital that private equity executives invest in their own funds. However, income from managing a fund’s investments would be taxed as ordinary income, Pascrell said.

“As workers and local economies continue to struggle during this pandemic, this would be the worst time for Washington to reverse this responsible policy and punish long term investment that creates jobs and builds businesses in communities across America,” according to a statement from AIC and its CEO Drew Maloney.

Carried interest is industry parlance for a performance fee GPs and LPs earn when their investments reach a certain hurdle rate, usually 8 percent. Upon reaching the hurdle, (which the majority of firms include as part of their fund structures), an investment is said to be “in carry.”

However, the tax treatment has come under fire for years outside of the industry, especially as other segments of the economy have faced hard times in the great recession and other downturns.

Carry taxation is even something of a bi-partisan issue, with former President Trump during his first presidential campaign floating a change in carry taxation.

Update: This report was updated to include a statement from American Investment Council.