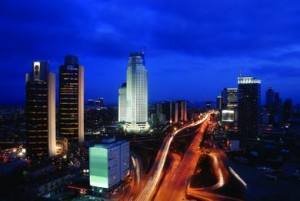 The dawn of private equity in Turkey has been heralded time and time again since the first wave of investors such as Nomura Sparx Group and Merrill Lynch Investments entered the market in 1995. But when the private investment arm of the C$100 billion and the C$103 billion funded the somewhat bizarre establishment of , creating the largest private equity fund focused on Turkey to the tune of €150m folks started paying attention to this market. In February of this year, the Ontario Teachers’ Pension Plan and the Canada Pension Plan each agreed to invest €75m into Actera Partners and the , the risk capital arm of the European Investment Bank invested an additional €44m in the Turkey-focused fund launching it at €194m. The fund is run by the brainy Bancroft founder Isak Antika and Murat Cavusoglu and has raised close to €300m in assets so far, according to Antika. The fund has also made its first investment alongside powerhouse Texas Pacific Group in Turkey’s leading beverage and tobacco manufacturing company, . took a majority stake in the company in 2006 for an estimated US$810m. Antika refused to reveal how much he paid for his stake in the private company but as of 30 June the Actera Partners fund had only called on C$16m of the capital available from the Ontario Teachers’ Pension Plan. Antika says: “You can expect to see a few more deals from us this year. We are very excited about our deal pipeline.” However, these pipelines may already be better tapped than most expected. Baris Oney, a partner at Deloitte Corporate Finance says: “We expect to see an enormous amount of screening activity. Apart from those already invested, private equity houses like KKR, Carlyle, 3i, Blackstone, Bedminister Capital, Euroasia Capital Partners, Apax, CVC, Blackstone, Hellman & Freidman Europe, Ashmore Capital, National Bank of Kuwait Investments, KIA, Istithmar and Abraaj Capital are looking into investment opportunities.” Probel, NBK Capital and Carlyle have already set up offices in Istanbul and are expected to be the first of many.

Since the start of the EU accession negotiations on December 17, 2004, Turkey has seen approximately US$30 billion in foreign direct investment pour into the country and Turkish companies are more open to private equity now than ever before. Lots of international institutions are convinced that they want a lead role in latest instalment of the Turkish private equity saga. Jim Leech, senior Vice-President of Teachers’ Private Capital thinks Turkey is an attractive private equity market with a large number of mid-market businesses, and a developing economy which is expected to benefit from its increasing closeness with the European Union. Despite the early success of the Actera Fund and the increase in FDI will this be yet another false start for Turkish private equity?

Oney says: “Although Turkey has an up-and-down history of private equity investments, the scene still remains unclear as far as the success and adoption of the private equity investment philosophy and such partnerships is concerned.” But now that the presidential and parliamentary elections are finished Oney expects to see over US$2 billion in private equity funds committed to investing in Turkish companies beyond 2007. Antika says: “The elections are over and the sitting administration will be in power for the next five years providing stability to the country. The positive sentiment towards Turkey will help drive deal flow. I expect to see global players in private equity entering the market and efforts made by homegrown funds.”

The number of Turkish investors using a private equity investment style is set to increase, according to Deloitte. Turkish entrepreneurs, who have accumulated assets after selling shares in their companies in the past couple of years, are planning to invest in a private equity style. Also, an increase in the initiatives from Turkish intellectuals and qualified young professionals to raise funds and make considerable investments is also expected, according to Oney.

Private equity players that used to be interested in the BRIC countries are now seemingly looking to the TRIC countries with Turkey replacing Brazil as a fast growing economy. But will all this excitement and investment find a proper home in Turkey? Or are we witnessing the latest wave in the in-and-out play that has plagued Turkish private equity for the last dozen years?