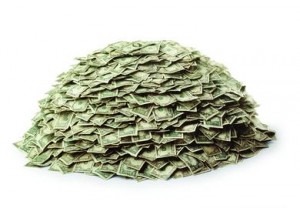 Back in the good old days of 2006 and 2007, it was almost a given that you would double the size of your previous fund. But today’s investors are not so cash-happy. Global private equity volume crashed to less than US$38bn in Q3 2009, representing a 45% fall from Q2 of this year, according to Private Equity Intelligence (Preqin).

The abysmal fund raising statistics are said to be caused by a lack of new commitments by institutional investors, but with more than half of investors (54%) planning to make new funds commitments in the latter part of 2009, and a further quarter expecting to return to the market in 2010, private equity GPs had better perfect their pitch before they go to investors.

Garnered from the collective wisdom of placement agents, institutional investors and GPs currently on the road, here are the top 10 tips that fund raisers should bear in mind.

If you don’t need to raise a fund now, then don’t. Back in 2007, it was all about beating the competition to it but that is not the case now. Investors are not looking to invest in primaries. The bulk of investor money is being used to heal portfolios with co-invests, secondaries and trying to rebalance the commitments they have made over the past few years.

• Remember who is in charge

Investors know they’re in charge in the current market. They’re enjoying looking under the hood, taking their time and having the ability to align better terms. It’s going to take a lot longer to get the real value of portfolios. If the numbers hold for a year and a half then great, but no one will criticise you for waiting patiently. If you go all-in and the numbers come down, you are out of a job.

• There is no shame in raising a smaller fund

For some, raising a smaller fund is seen as a disgrace and so rather than adapting they give up, but if you look to the past at firms like IK and Doughty Hanson, they went through a very difficult period in relation to their succession issues. Despite this, they came back to the market with significantly smaller funds. Those who persevere and accept they will have to re-prove themselves have the best chance at survival.

Private equity is a long-term business, but a lot of GPs have picked up some short-term habits. It used to take four weeks door-to-door to raise a fund and now it’s taking months, if it happens at all. You may be asked the same question 10 times by an investor and that may even be an existing investor.

Know your numbers cold and don’t overlook or hide anything. Make sure you have a competent staff, that investors are comfortable and have a very clear strategy of where you are positioned.

If you don’t have a track record, you’re done. The bar is high and if you have problems in your portfolio the only thing that will save you is loyalty. An investor may help you out if he has been with you for 15 years and you point out that while you are currently in a difficult patch, you have done well for them in the past.

There are going to be some highly publicised failures next year. The young bucks that were responsible for the deals that took place over the past few years are going to want to take over. Make sure that the most senior member of the team is in charge of raising funds and the more junior members focus on due diligence.

• Show off your grey hair

Conversely, investors want stability, security and senior involvement. They like to see succession but are not ready to see the old guys leave yet.

• Don’t look over your shoulder

You are paid to take risks so start making deals. Prepare for lower returns because the imminent EU regulations are going to cost money that is going to come off your top line. In the current market all you can be is transparent.

Investors are making a move towards conservativism. They can’t justify allocating money to technology in the current market, which is why infrastructure funds are so popular at the moment. The most successful types of fund in 2010 will be those that focus on growth industries. The safer the better, which is bad news for venture.