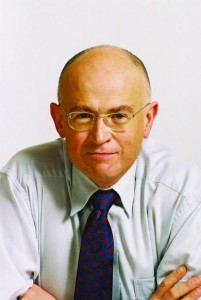 Many could be forgiven for thinking that was indestructible. In an unprecedented event, a company that had managed to make it through 158 years on Wall Street, weathered the 1929 Crash, and most recently managed to get back online 48 hours after its head offices were destroyed in the 9/11 attacks was brought to its knees by the underrated credit crunch of 2008.

In one of the most apocalyptic months in Stock Market history, the Fed took over and , rescued from imminent doom, saw gobble-up and witnessed a rescue effort from the Bush Administration, which provided US$700bn to fix the paralysed US banking system.

But now, as the dust settles in The City and Wall Street, private equity GPs are already licking their wounds and looking for advice on how to get back on top.

That advice has been provided by Jon Moulton, founder of . The unofficial spokesman for the European private equity industry explained in February that he had little sympathy for the private equity players who were feeling the brunt of the credit crunch. “They bought all this rubbish themselves, most of which their senior managers didn’t understand, and they have been left holding the baby with unsaleable, overpriced, over-enthusiastic debt. They are in trouble themselves. It’s the same as the sub-prime salesman. They will sell anything to anyone, and they did. If you pay enough bonuses, people will do anything,” he said.

In the same speech Moulton warned of trouble on the horizon and said: “There will be large private equity failures this year. Absolutely guaranteed. This is a cyclical downturn for the industry. We are going to have very weak returns for a while.”

Startling in its accuracy, the premonition is all the more apt as the Fed rushed into rescue AIG and Fannie Mae and Freddie Mac. Moulton had also explained at the beginning of 2008 that “companies will go bust and that is going to be a problem. We have got some savagely leveraged companies out there, and unless something else happens to distract them, the politicians will be back and we can look forward to more regulation and tax damaging this business.”

Seven months later, Moulton was right, but he is not one for ‘I told you so’ and is happy to provide the advice that is needed to get the private equity industry through the rough. In a speech delivered at the Capital Creation event in September 2008, Moulton led a discussion called ‘What state the industry is in now and how to maximise the chances of survival’.

He explains that the new drivers of return are performance improvement and buying and selling well: “You have to roll up your sleeves and actually improve the company”. After years of seemingly endless credit supplies and staggering returns, private equity GPs have crashed back to reality and Moulton believes that the smart ones will survive.

But in a warning that may be taken more seriously, Moulton cautions that there are more defaults to come. Opportunities for the private equity industry lie in making changes to the status quo. In Moulton’s experience of the many financial cycles that he has lived through, he says that GPs need to get rid of deal makers from their staff and focus on operational staff.

The future, as Moulton sees it, lies in getting back to what private equity used to be about; running a business which he acknowledges is hard work. “I am very good at turnarounds, I might even be a genius and I only have a 50% success rate,” he says.

His advice to private equity GPs is:

• Bury the dead. If companies within your portfolio are not performing – get rid of them. Do not pump more money into a sinking ship.

• Change your staffing. The industry climate is not calling for deal makers from Wall Street; it’s calling for operational staff.

• Retain current funding. The next round of refinancing will be worse than the current one. With worse refinancing around the corner, good financing is an asset in and of itself.

• Treasure liquidity and wait for prices to come down.

• Communicate with investors and LPs. In order to get through this rocky period, GPs have to be upfront and explain that deals will be done but it will take time.

In a recent article with City AM Moulton looked to the future like someone who already knows the ending of the movie. He predicts that the credit crunch will last for another two years or more and that the key to sorting the economic turmoil out is “stable and trustworthy banks.”

What sort of state of the private equity industry will be in by then is anyone’s guess.