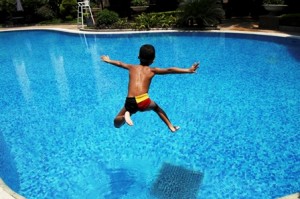 The business, which sells algae remover, chlorinating granules and bleach tables, has been operating at a loss, with negative EBITDA and sales of about $70 million. The company has been navigating a slow recovery in the pool business in the wake of the 2008 financial crisis, according to a source.

PWC is handling the sale for ICL, a Tel-Aviv-based company that trades on the New York Stock Exchange. ICL has been shedding non-core assets, and sold its pharmaceuticals, cosmetics and gypsum businesses to an affiliate of One Rock Capital Parters in May. In addition to Clearon, it continues to own St. Louis-based ICL Performance Products.

It’s not clear where the sale process for Clearon now stands or if any deal will be reached.

A spokeswoman for ICL confirmed that the company is “currently in the process of evaluating further non-core businesses, including Clearon,” according to an email. A call to PWC was not returned.

Potential buyers that may have been contacted by representatives for the deal include AEA Investors, Arsenal Capital Partners and SK Capital, the source said. Spokespeople from these three firms either declined to comment or did not respond to emails.

John Kadlec, an executive with ICL, said ICL was in negotiations with businesses interested in buying Clearon, according to a report last month by WCHS-TV in South Charleston, West Virginia, where Clearon operates a plant.

Elsewhere in the pool chemicals space, Centerbridge Partners set plans to buy KIK Custom Products in June from CI Capital Partners for an undisclosed sum. The deal for KIK fetched a price of about 10x EBITDA, according to a source.

Steven Silver, senior managing director of Centerbridge, said KIK, “is well positioned for continued expansion through both organic growth and strategic acquisitions,” according to a prepared statement about the firm’s acquisition of KIK.

(This story had been updated to include a comment from an ICL spokeswoman.)