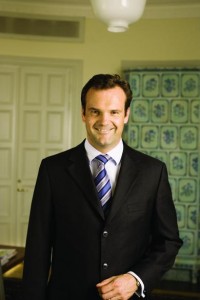 IK Investment Partners, formerly known as Industri Kapital, has exited its investment in Dutch online shopping business Wehkamp, for a 5x return to private investors, according to a source close to the deal.

IK will retain a minority interest in the company, which is now owned by Ad Scheepbouwer, a supervisory board member and current minority shareholder in RFS Holland, Wehkamp’s holding company, Paul Nijhof and Berend van der Maat, both members of Wehkamp’s management team.

Valued at €100m, the sale ends an almost three-year investment. Wehkamp was part of a double acquisition by IK from UK retail group GUS in January 2006, which saw the mid-market buyout house also buy Transfair, a credit management company.

At that time, Wehkamp was experiencing declining sales despite being the market leader in the Dutch home shopping market. Originally a mail order company, at the time of IK’s involvement, it was transforming itself into an online retailer, and back in 2006 generated over 50% of its revenues from its internet store, which was the largest in the Netherlands.

Since then, the company has reported an average growth rate of 5% per annum, and operating profits have doubled. The online store has been reorganised, and the website overhauled, leading to 5 million visitors per month shopping from a product range of 55,000 items.

Wehkamp also used to offer its customers financial services – this became a separate company called Lacent, and is being sold as part of the deal.

IK will retain a minority interest in Wehkamp. Kristiaan Nieuwenburg, partner at IK said: “Wehkamp has been a very profitable investment for IK. The transformation of Wehkamp demonstrates IK’s ability to accelerate growth and implement structural operational improvements in our portfolio companies. Wehkamp is now ready for the next phase in its development.”

It was part of IK’s investments in the retail and wholesale sector, and came around eight months after another exit in the same area, ELFA. ELFA markets, sells and distributes electronic components and other technical products primarily to business customers in Northern Europe. It was acquired in August 2006 and sold to Daetwyler less than two years later.