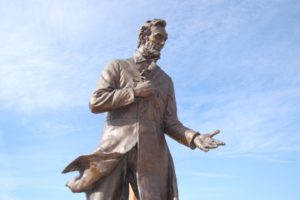 Teachers’ Retirement System of the State of Illinois will send out a request for proposals for consulting services on private equity co-investments, spokesman David Urbanek told Buyouts.

The state’s contracts with its co-investment consultants, Stout Risius Ross, Inc, Caledon Capital Management and TorreyCove Capital Partners, expire at the end of June and state law requires that a request for proposals be sent out. The current consultants will be able to submit their own proposals.

At its February 28 meeting, the system’s board also hired AON Hewitt as its general investment consultant. Last year, the system hired StepStone Group as its private equity consultant, as Buyouts reported. That firm replaced TorreyCove in that role on January 1.

Illinois Teachers also announced $750 million in private equity commitments at the meeting. The commitments include:

• $200 million to MBK Partners, which is raising its fifth Asia-focused buyouts fund;

• $200 million to Greenspring Associates, a venture capital firm with whom Illinois Teachers started a strategic partnership in 2017, as Buyouts reported;

• $120 million to Parthenon Capital Partners, a healthcare and fintech investor, which closed its sixth fund late last year at $2 billion;

• $100 million to Clearlake Capital Group, which is raising its sixth flagship buyouts fund with a $5 billion target and $7 billion hard-cap, as Buyouts reported;

• $75 million to Bregal Sagemount, which said Tuesday it closed its third fund at its $1.5 billion hard-cap;