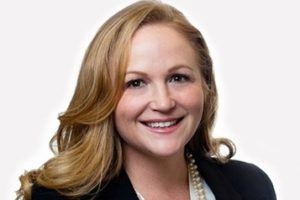 Nicole Musicco, a senior managing director and head of private markets at the C$63 billion ($48 billion) Investment Management Corp of Ontario, left the organization in December, Buyouts has learned.

Musicco, who held the role for roughly a year, made the decision to leave for “personal and professional reasons,” an IMCO spokesperson said. “We were lucky to have her leading our private-markets group and we’re sorry to see her go,” the spokesperson added.

Musicco led the private equity team, which oversees about C$2 billion of assets (as of December 2018). IMCO’s PE activity consists of co-investments and fund investments with a focus on North American and European consumer, healthcare, industrial and media-tech-telecom sectors.

Musicco also led the infrastructure team, which manages about C$5.6 billion of assets. IMCO invests alongside strategic partners, and through fund relationships, in global mid-market infrastructure.

Musicco joined IMCO in late 2018 from Ontario Teachers’​ Pension Plan, where she worked for more than 16 years, most recently as a senior managing director and head of public equities. She also held senior roles in the PE group, including head of Asia-Pacific operations and head of funds and co-investments.

IMCO did not indicate who will be replacing Musicco on a permanent basis. Christian Hensley, senior managing director of public equities and credit, will handle her responsibilities in the interim.

Toronto-based IMCO is one of Canada’s newest institutional investors. Launched in 2016 by the Ontario government, and modeled after systems like Caisse de dépôt et placement du Québec, it is intended to help public sector funds scale and gain access to private-market investments.

At present, IMCO manages the assets of Ontario Pension Board, the administrator of Public Service Pension Plan, and Workplace Safety and Insurance Board.