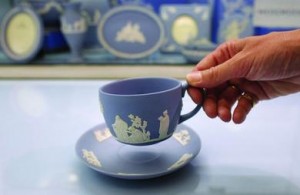 • Sovereign Capital, the UK private equity buy and build specialist, has announced the acquisition of Temple Security as the fourth bolt-on for LPM Group Ltd, a provider of contract cleaning, security and maintenance services. Over the past two years, Sovereign and LPM management have expanded the overall group, both organically and through acquisitions, to create a business that now employs more than 3,000 people nationwide, generating revenues in excess of £55m.

• KPS Capital Partners has completed its acquisition of certain assets of luxury tableware maker Waterford Wedgwood. No financial terms were disclosed for the deal, which included assets within Waterford Crystal, the pottery business Wedgwood and fine china maker Royal Doulton. Not included were either German porcelain maker Rosenthal or the company’s production facilities at its Waterford crystal plant in Ireland. KPS also announced that the company would be led by Pierre de Villemejane, former CEO of Speedline Technologies – a KPS portfolio company sold to Illinois Tool Works.

• Platina Partners, a private equity fund adviser specialising in renewable energy and buyouts in turnaround situations, has taken control of production at three major Spanish solar energy projects. Platina is now overseeing energy production operated by Anemoi at the Cantillana, El Coronil and Ocaña solar power plants, which were all financed through its Mistral Energy II renewables fund. The three power plants have a peak capacity of 19.7MW, which will produce more than 30GWh annually, enough to power about 8,000 households. Platina Partners is a London and Paris based private equity fund manager, specialising in European renewable energy assets and businesses at all stages of development; and buyouts in turnaround and special situations in the lower mid-market.

• The £20.6m bid for Global Natural Energy (GNE) by Norcliffe Investments has finally gone unconditional, with 50.7% of shareholders in the Aim-listed cash shell accepting the 190p per share offer, valuing the company at £26.4m. Norcliffe is a newly incorporated company formed on behalf of Martyn Ratcliffe, chairman of software group Microgen, and North Atlantic Smaller Companies Investment Trust (NASCIT) to make the offer. Shareholders have until April 28 to continue accepting the offer and this will be followed by another AGM to finalise the agreement.

• Meanwhile, rumours abound that Lion Capital, a consumer-focused buyout firm, is considering selling a stake in lingerie retailer La Senza back to Theo Paphitis. He sold them the company in 2006 in a £100m deal but it is unlikely that the chain would fetch that much should a deal materialise this year.