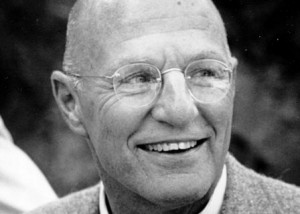 Jerome Kohlberg Jr., a founder of investment firm Kohlberg Kravis Roberts & Co and a pioneer of the leveraged buyout, died from cancer on July 30 at his home in Martha’s Vineyard, Massachusetts. He was 90.

Kohlberg began working at investment bank Bear Stearns & Co in 1955, where he mentored younger colleagues Henry Kravis and George Roberts. The three formed their own firm, KKR, in 1976.

The firm is best known for taking over tobacco and food conglomerate RJR Nabisco, chronicled in the book “Barbarians at the Gate: the Fall of RJR Nabisco,” a deal that heralded an industry of large, often hostile, corporate takeovers.

Kohlberg quit KKR in 1987, a year before that deal was completed, and moved away from large-scale leveraged buyouts toward smaller deals reached on friendly terms under a new entity, Kohlberg & Company.

“Jerry was a man of integrity and moral courage,” Roberts said in a statement to Reuters. “Jerry cared about people and gave freely of his time and wealth. Henry and I are proud that our firm’s name is Kohlberg Kravis Roberts.”

Kravis called Kohlberg “a real visionary, having played an important role in developing the private equity model in the 1960s” and praised his philanthropic work.

Kohlberg was born on July 10, 1925, and grew up in New Rochelle, New York. He attended Swarthmore College in Pennsylvania and served in the U.S. Navy before graduating from Harvard Business School and Columbia Law School, according to a biography on his company’s website.

Kohlberg is survived by his wife, Nancy; four children, Andrew, James, Karen and Pamela; 12 grandchildren; and three great-grandchildren, according to The New York Times. –Greg Roumeliotis and Doina Chiacu, Reuters

Joseph F. Trustey, a managing director and chief operating officer of Summit Partners, passed away on July 29 as a result of a plane crash that also claimed the life of his 18-year-old daughter, Anna. Trustey was 53.

Trustey joined Summit in 1992 and reportedly led investments in more than 25 companies. Summit described him as “an invaluable asset to the firm and a respected leader in the growth equity industry more broadly.”

Summit Managing Director Marty Mannion said in a statement: “Joe was uniquely distinguished in so many ways: as a partner, a leader and a friend. He was a wonderful husband and father who also cared deeply for those with whom he worked both inside and outside the firm. He touched everybody he met with his intellect, his sterling character and his engaging sense of humor. We cannot express how much we will miss his presence in our lives.”

The son of Joseph Trustey and the late Carol (Bodell) Trustey, Joseph Trustey was born July 10, 1962, in Pawtucket, Rhode Island, and raised in Glastonbury, Connecticut, according to an obituary in The Salem News.

A former U.S. Army captain, Trustey received a bachelor’s of science degree in chemical engineering from the University of Notre Dame and an MBA from Harvard Business School, where he was a Baker Scholar. Before joining Summit, he was a consultant at Bain & Company.

“Above all else, Joe adored spending time with his family, whether boating on Lake Winnipesaukee, skiing in Utah, traveling the world, or simply exchanging good-natured tweets with his children,” the obituary states. “Joe also loved all things Notre Dame. He traveled to South Bend each fall to attend almost every home football game and was actively involved at the school, serving on the Notre Dame Engineering Advisory Council, the Undergraduate Advisory Council, and the Wall Street Leadership Committee. Joe was deeply committed to Notre Dame’s mission of service. He and his wife established the Trustey Family Scholars Program and the Trustey Family STEM fellowships to provide educational opportunities to students at Notre Dame, the school from which he had benefited so much.”

The obituary goes on to state: “Having served in the military, Joe had a deep respect for those that served this country. He was an avid pilot and used that skill to transport wounded veterans through the Wounded Veterans Airlift Command, and ill children and their families through the Angel Flight Network. Joe was an accomplished athlete completing six marathons. He completed countless triathlons, with the pinnacle being the 2000 Ironman in Lake Placid. He was a determined bicyclist and was instrumental in growing Team Daisy’s participation each year in the Pan Mass Challenge. Joe was also very active in his community and served as a member and leader on numerous boards, including Citi Performing Arts Center, Shore Country Day School, Brooks School, St. John’s Preparatory School, Essex County Community Foundation, Hannah & Friends, and Father Flanagan’s Fund.”

Trustey is survived by his wife, Kris; children, Caroline and Claire; father; and sisters, Anne Marie Guggenberger and Jeannie Sullivan. His son A.J. passed away in 2014.