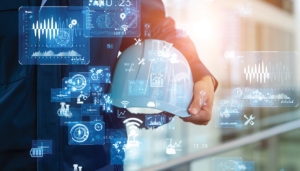 Industrial Opportunity Partners is maintaining its slow and steady growth as it works to raise its next flagship pool.

The Illinois firm, formed in 2005, is targeting $600 million for its fourth fund, sources told Buyouts. That would be a modest increase from the third fund, which closed on $450 million in 2017.

The firm targets investments in niche industrial companies. It’s not clear if Fund IV has a cap; two sources said the pool could raise more than the target. Park Hill Group is working as placement agent on the fundraising.

While many GPs are driven to come back to market as soon as possible, to make sure they don’t miss the fundraising window that is right now wide open, IOP traditionally has not rushed to raise its next fund.

“They come back to market every five or six years,” said one of the sources, an LP who has heard the fund pitch. “That goes against the mode today of every two to two-and-a-half years.”

Fund IV will proceed without one of IOP’s original founders, Adam Gottlieb, who formed the firm along with fellow TMB Industries alumnus Ken Tallering, and ex-Wynnchurch Capital executive Robert Vedra. Gottlieb moved into a senior advisory role several years ago, according to a source and IOP’s website.

The principal owners of IOP’s management company are listed as Tallering and Vedra, according to the firm’s most recent Form ADV.

IOP targets investments in mid-market manufacturing and distribution companies, with a focus on undermanaged businesses, according to the Form ADV.

Earlier this month, the firm, alongside company management, invested in Brewster Home Fashions and Fine Decor Wallcoverings. Brewster designs, supplies and makes DYI peel-and-stick wallpaper, peel-and-stick flooring, traditional wallpaper, home decor, decals and other products for the residential market in the US and globally.

Update: This article was updated with information about the placement agent on the fundraising.