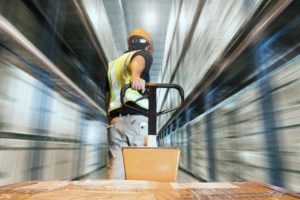 A first close is expected next month and a final close in January. Evercore is the placement agent.

Fundraising has become tougher for GPs due to a crowded marketplace and supply curbs erected by overallocated LPs. This is borne out in Buyouts data, which showed US funds securing almost $255 billion in the first half, down 18 percent from a year earlier.

Greenbriar’s Fund VI arrives more than a year after the close of its predecessor at $1.68 billion. In 2021’s robust market, Fund V did especially well, with the firm hiking the target to $1.6 billion from $1 billion, Buyouts reported. It finished at double the size of Fund IV.

Despite the onset of challenges since then, Greenbriar appears to have similar aspirations for its latest flagship offering. If Fund VI reaches the hard-cap, it will be 93 percent larger than Fund V.

Greenbriar was founded in 1999 by Joel Beckman (who has retired), Gerald Greenwald and Reginald Jones. It carved out a specialization in advanced manufacturing and supply chain and business services, where competition from other PE firms is relatively limited.

Greenbriar targets market-leading US companies in these subsectors, typically with EBITDA of $20 million to $100 million and values of $200 million to $1 billion, ATRS documents said. Control investments range from $80 million to $300 million.

Post-investment, portfolio companies are assisted by a 40-plus person operating network led by Greenwald.

Fund V was deployed at a rapid pace, with some 60 percent of capital invested as of March, ATRS materials said. Platform investments announced this year include The Facilities Group, a facilities maintenance solutions provider, and JEGS Automotive, an online aftermarket auto parts and accessories retailer and distributor.

Fund VI will maintain the strategy, using the deeper capital pool to build a larger portfolio of 12 to 15 investments.

Based in Rye, New York, Greenbriar is led by five managing partners, including Jones, a former Goldman Sachs executive. The others are Niall McComiskey, Jill Raker, Noah Roy and Michael Weiss.

Greenbriar declined to provide a comment on this story.