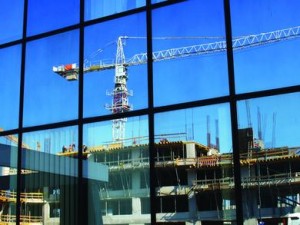 The global infrastructure market was boosted by almost US$10bn this month when two private equity funds targeting the sector – one set up by Credit Suisse, the other by Morgan Stanley, closed.

The largest of the two was Global Infrastructure Partners (GIP), a New York-based firm set up Credit Suisse and US conglomerate General Electric which raised US$5.64bn for its first fund. It has already invested in London City Airport, as well as port assets in the United Kingdom and Argentina, and a liquid petroleum product storage facility in India. Most recently it was part of the consortium behind Biffa, the UK waste infrastructure business it acquired in a £1.7bn alongside Montagu Private Equity.

The second fund raised was Morgan Stanley Infrastructure Partners, which closed on US$4bn, smashing its target of US$2.5bn. The money raised by the investment banking giant was raised from investors in North America, Europe, Australia, the Middle East and Asia, and includes major pension funds, insurance companies, high net worth individuals as well as Morgan Stanley and its employees.

James Gorman, co-president of Morgan Stanley, said: “Infrastructure is now an important component of any asset allocation strategy; it offers portfolio diversification and the ability to invest in ‘real’ assets, with uncorrelated investment returns relative to other asset classes.”

“To date, we have investments that exceed US$1bn in enterprise value that have achieved higher than expected returns,” said Sadek Wahba, chief investment officer and global head of Morgan Stanley Infrastructure. “The current challenging market conditions are creating unique opportunities in the infrastructure sector, and we are benefitting from our global footprint that is generating a strong pipeline across the Americas, Europe and Asia.”