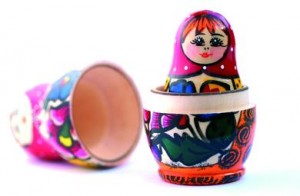 Although Russian law provides for the establishment of investment funds (known as PIFs), most foreign investors will not find a private equity fund formed under Russian law to be acceptable or tax efficient. Therefore, most private equity funds involving foreign investors are formed offshore. These offshore funds are frequently organized as limited partnerships because such vehicles are tax transparent, provide investors with limited liability, have flexible capital structures and generally can be formed quickly. Moreover, from a governance perspective, a limited partnership has the advantage of vesting the authority to manage the fund in the hands of a general partner controlled by the sponsor of the fund, while the investors participate passively in the fund as limited partners.

The most popular jurisdictions for offshore private equity funds investing in Russia are currently Cayman Islands, Isle of Man, Guernsey and Jersey. These jurisdictions are typically favoured above others because of their advantageous tax regimes and because they are familiar to most foreign investors.

When a limited partnership structure is used, it is customary for the sponsor to form a new limited liability company to serve as the general partner of the fund since a general partner has unlimited liability under the laws of virtually all jurisdictions. Often, the general partner and possibly a management company are incorporated in the same jurisdiction as the fund. A Russian company or a foreign company with a branch office located in Russia will also normally be included in the fund structure to act as local investment adviser.

An intermediate holding company is generally established for tax reasons

The fund is also likely to need an intermediate holding company. As Russian sourced income received by a foreign entity other than through a permanent establishment in Russia may be subject to withholding tax (absent a tax treaty relieving this burden), fund investments are often made through Cyprus, Luxembourg or Dutch holding companies which can take advantage of double-taxation treaties in effect with Russia.

In particular, Cyprus is frequently used as the intermediate holding company jurisdiction for investments into Russia because of the flexibility of its corporate laws (they are modelled after England’s Companies Act) and because of its favourable tax treaty. Under the Cyprus-Russian tax treaty, Russian withholding tax on dividends is reduced to 5% if the Cyprus holding company invests at least USD $100,000 in its Russian subsidiary companies. Cyprus imposes a 10% income tax on the Cyprus company’s income. However, the Cyprus company would be able to reduce this 10% tax by half through a credit for the 5% Russian tax. Cyprus also imposes an additional 15% defence tax on the Cyprus company if the company does not distribute its income within two years. Because of the defence tax, the fund would want to distribute the income of the Cyprus company promptly each year.

There is no capital gains tax levied in Cyprus on the disposal of shares in a foreign company. Moreover, except in respect of real estate investments, the Russian-Cyprus tax treaty generally provides that if a foreign company sells the shares of a Russian company, Russia will not tax the resulting capital gains.

In a private equity fund formed as a limited partnership, the general partner (sponsor) will have authority over the day-to-day management of the fund, including identifying, evaluating and negotiating prospective investments, monitoring these investments on behalf of the fund and exiting investments to achieve liquidity. In return for these services the general partner is paid an annual management fee, which is expected to cover its salaries and operating costs. Management fees in Russia-focused private equity funds generally range from 2% to 2.5% of capital commitments. In addition, the general partner receives a carried interest as remuneration for its efforts. Typically, the carried interest is 20% of the profits of the fund, but this may vary depending on the agreement of the parties.

Most funds (or their general partners) retain a manager and a local investment adviser to provide portfolio management and administrative services to the fund. The manager is usually an affiliate of the fund’s sponsor but may be part of an established fund management group. The manager a will enter into a management agreement setting forth its responsibilities, its authority (and limits on authority) and remuneration. A separate agreement will be entered into with the local adviser.

The difference between advisory boards and investment committees

Capital commitments are drawn down as needed to fund investments

Limited partners make commitments to contribute capital in specified maximum amounts when they subscribe for interests in the fund. In addition, the limited partnership agreement will sometimes specify that 1% to 2% of the capital raised by the fund be committed by the general partner. The resulting capital contributions are used to fund investments and pay fund expenses in a manner consistent with the investment strategy or guidelines established for the fund. Limited partners are not generally required to contribute all of their capital commitments at the time of their initial subscription. Instead, the general partner draws down capital commitments as needed to fund investments, commonly on 10 to 20 days’ notice. Limited partnership agreements typically stipulate serious consequences in the event a limited partner fails to make a capital contribution when requested, including forfeiture or forced sale of the defaulting limited partner’s interest.

Fund profits are typically divided 80-20, subject to a preferred return to the investors

Offshore funds are not subject to Russian licensing requirements

The management company, custodian and register holder of a private equity fund formed under Russian law are required to be licensed. However, if the fund is formed under foreign law it will not subject to Russian licensing requirements. The sponsors will, of course, be required to comply with the requirements applicable to forming limited partnerships and limited liability companies (for the general partner, manager and intermediate holding company) under the laws of the jurisdictions in which they choose to organize such entities.

The sponsors will need to comply with securities laws applicable to offering partnership interests in the jurisdictions in which investors (whether natural persons or legal persons) are located. Most jurisdictions have regimes that permit the sale of securities to wealthy or sophisticated investors, or institutional investors, without the sponsor having to comply with the complex process of registering the issuance of securities. Nevertheless, as a practical matter, the sponsor will need to produce an offering memorandum describing, among other things, the investment opportunity the fund offers, risk factors, the credentials of the sponsor and its team, their remuneration and any related-party transactions, and other relevant details.

The principal documents relating to the formation of a private equity fund include:

Agreement of Limited Partnership. Sets forth the terms of the contractual relationship among the general partner and the limited partners, including investment purpose, investment restrictions, capital commitments, distribution ratios, management of the fund, payment of partnership expenses, management fees and restrictions on transfer.

Subscription Agreement. An agreement between each investor and the fund memorializing the fund’s offer to subscribe for limited partnership interests and the investor’s acceptance thereof. The subscription agreement normally sets forth the mechanics for the initial closing and the conditions precedent to the investment.

Offering Memorandum. Also referred to as the private placement memorandum (PPM), this document is often used as the principal fund marketing document. The contents of the offering memorandum generally include a description of the objectives of the fund, the projected size of the fund, the background and track record of the sponsor and the management team, a description of principal fund terms and a statement on the regulatory and securities law restrictions in the jurisdictions where the limited partnership interests are being offered.

Management Agreement. An agreement between the fund (or its general partner) and the manager setting out the manager’s duties, remuneration and limitations on other activities. It also provides for the reimbursement of expenses incurred by the manager on behalf of the fund and for the indemnification of the manager and its officers and employees.

Side Letters. The general partner may enter into side letters with specific investors setting forth additional arrangements not contained in the limited partnership agreement, including co-investment rights and “most favoured nation” treatment.