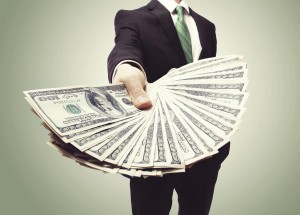 If you are a buyout professional, odds are that one of your next six deals with an earnout will end in a dispute. Deal lawyers often warn that earnouts are hard to get right and are frequently disputed. New data from a comprehensive deal study prove this point. SRS Acquiom’s 2015 M&A Claims Study (of 720 transactions) indicates that nearly 17 percent of earnouts end in a dispute. Even worse, around one of every three deals with a disputed earnout will result in a formal arbitration or a lawsuit.

When earnout disputes do occur, deal professionals (including lawyers) are sometimes surprised to learn that their “black and white” metrics for the earnout payment trigger can quickly turn gray once the seller threatens legal action. What matters most at that point is not which party has the better interpretation of the deal, but, rather, whether the amount in dispute justifies the financial and administrative burden of litigation.

Once a seller threatens a dispute, seemingly harmless actions suddenly can be re-characterized as evidence that the earnout was miscalculated or that a buyer breach caused the earnout failure. From pre-closing e-mails and discussions (which a seller might seek to introduce in the lawsuit), to draft terms sheets, to your post-closing operation of the business and even the language of a post-closing press release, a sufficiently disappointed seller may have numerous hooks on which to hang the threat of a dispute. Even if such claims would not ultimately prevail, a lawsuit can quickly turn very expensive. If you are averse to risk and negative PR, the mere threat of litigation could result in settlement negotiations. 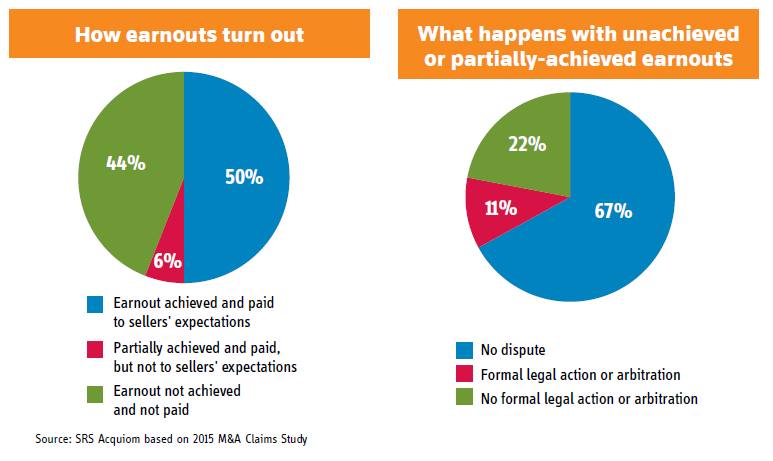 So how can you mitigate the heightened risk of dispute that inherently accompanies an earnout?

Set a crystal clear standard that matches your post-closing intentions. Many earnouts have less than clear target metrics and calculation methods and often do not address with precision the buyer’s post-closing obligations relating to operation of the business.

There are many times when intentional ambiguity is the quickest path to getting a deal done, but in the context of earnouts, it is worth pause before heading down that path. Crystal clarity will ensure you have more than an “aspirational earnout” and will often prevent disputes from arising. Utilizing binding arbitration to resolve disputes can also mitigate the threat of litigation.

Know where you are. Governing law varies widely and could be relevant before you have a formal “contract.” In Massachusetts, absent clear language to the contrary, a buyer has an implied obligation to maximize the seller’s earnout. In recent years, Delaware courts have repeatedly struck down alleged “implied covenants to maximize.” The point is that state law varies widely so you should choose wisely.

Beware “Good Faith.” With rare state law exceptions (as in Texas), there is an implied covenant of good faith and fair dealing in every binding agreement. “Good faith” sounds reasonable enough and often shows up in explicit (not implied) contract language. But terms like “good faith” and “best efforts” have legal definitions that vary by state and are frequently revised by new case law. If you plan to exercise creativity with post-closing operations, such as by shuffling revenue or pulling the plug on operating capital if the acquired business is not performing, you should make sure that your intended actions will be permitted by the post-closing operating covenant for your earnout and specifically negotiate for this flexibility.

Earnouts are often useful in bridging buyer-seller valuation gaps, and with the proper dose of care and attention can be crafted to avoid later disputes.

Michael Kendall is a partner in the Private Equity and Technology Companies Groups at law firm Goodwin Procter LLP, while Benton Bodamer is a counsel in the firm’s Private Equity Group.

Correction: Two numbers in the first paragraph of the original version of this story have been corrected.

Photo of businessman with cash courtesy of ShutterStock